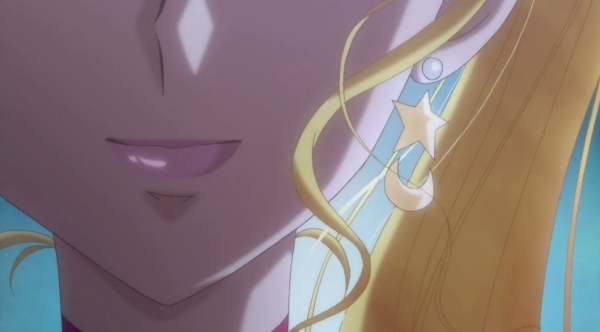 Guys. Gals. Less than 24 Earth hours stand between us and new episodes of Sailor Moon. CAN YOU STAND IT?!

For the first time since the mid-90s the Scouts are gathering to fight the forces of darkness in an all-new series. Sailor Moon Crystal promises to give this legendary show a much-needed reboot.

I. Love. Sailor Moon. I watched my first episode the summer before 8th grade and could not get enough. I faithfully watched every episode, bought fan-subbed VHS tapes from Canada for episodes that didn’t air in the US, and even coded my own fanfiction/fanart site (which, for some reason, is still accessible).

So when the air date for Sailor Moon Crystal was finally announced, I could hardly contain my excitement. Why am I so excited? Simple: Sailor Moon Crystal has been promised to be closer to the manga. And, in my opinion, the manga is far superior to the original anime. To make my case, here’s my top five reasons why I’m looking forward to the Sailor Moon reboot:

In the manga, Sailor Venus was a fierce and natural-born leader of the sailor senshi. She’s introduced to the team as Princess Serenity, and quickly takes a role in strategy and battle tactics. Though Minako-chan is still whimsical and idol-crazed – when it’s time to fight, Sailor Venus means business. 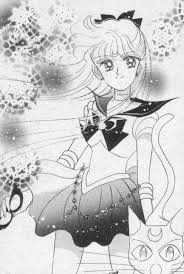 As the soldier of death & rebirth, Sailor Saturn is a pretty bad-ass senshi. However, we see very little of her in the original anime. She makes her appearance in Sailor Moon S, and we don’t see her again until the beginning of Stars. And all throughout that time, she’s more or less painted as Chibiusa’s gal pal. Definitely not the mature, prophetic soldier we know from the manga. 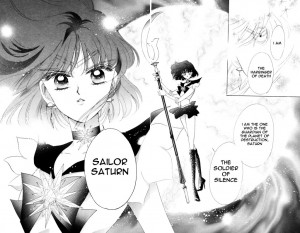 3. We can pretend SuperS never happened.

I know I’ll get some argument here, but SuperS was easily the worst season. Faced with an aging audience, Toei Animation attempted to recapture the younger demographic by shifting the show’s focus to Chibiusa. As a result, we lost years of character development and missed out on the past connection between Endymion and Helios, which really served to finally validate Mamoru’s position as the guardian of earth. 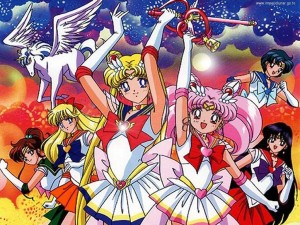 By the end of SuperS, Usagi was still a clingy crybaby with an emotional intelligence equivalent to Chibiusa. (See the photo below; that scene makes me cringe every time.) By SuperS in the manga, Usagi has increased confidence, poise, and determination. Mamoru has also dropped the “ko” from his pet name for her, presumably because he no longer sees her as a child. 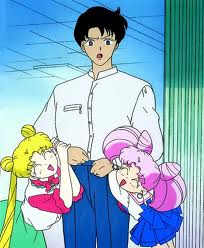 The original manga is filled with blood, a variety of senshi attacks, and at times some pretty heavy shit. Take the scene below, where in her grief, Sailor Moon decides to take her own life after slaying a brainwashed Tuxedo Mask – hoping they’ll be reborn again. Since the new anime is digital, I’m hoping to see a lot more variety in senshi attacks, and some more hardcore battle sequences. 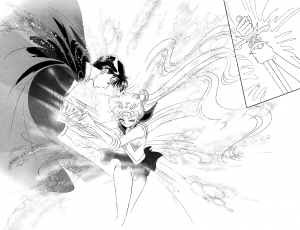 Very little has been seen of the show yet, but all will be revealed tomorrow (July 5th) at 6 AM EST on Hulu or over at Neon Alley.  What about you? What are you hoping to see most in the Sailor Moon reboot? Watch the trailer below and let us know in the comments or on the Sailor Moon Crystal forum thread!