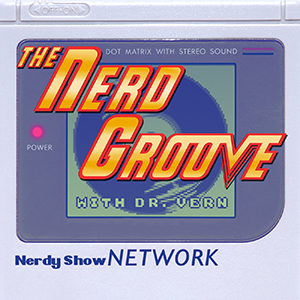 Your monthly fix for Nerd Music is here! Introducing The Nerd Groove!

Hosted By Dr. Vern of Sci-Fried and Nerdy.FM, The Nerd Groove was created to showcase a genre that has been with us for decades, but has never really been accepted as legit: Nerd Music.  The genre has deep roots and even subgenres like Nerdcore, Chiptunes, VGM, Comedy and Parody, Filk, Geek Rock, and so on.  In this show, we explore every corner of the Nerd Music world from the past, present, and future – highlighting the best and brightest, delving into it’s rich history, and bring this wide-nerd word together with the music that unites us all.

This is The Nerd Groove’s pilot episode – an introduction to the genre from past to future, and the beginning of our ongoing quest to definite and redefine what is “Nerd Music”. It also an interview conducted by Chuck of Sci-Fried with Professor Shyguy and Random Encounter. Look forward to new Nerd Groove episodes the last Tuesday of every month!