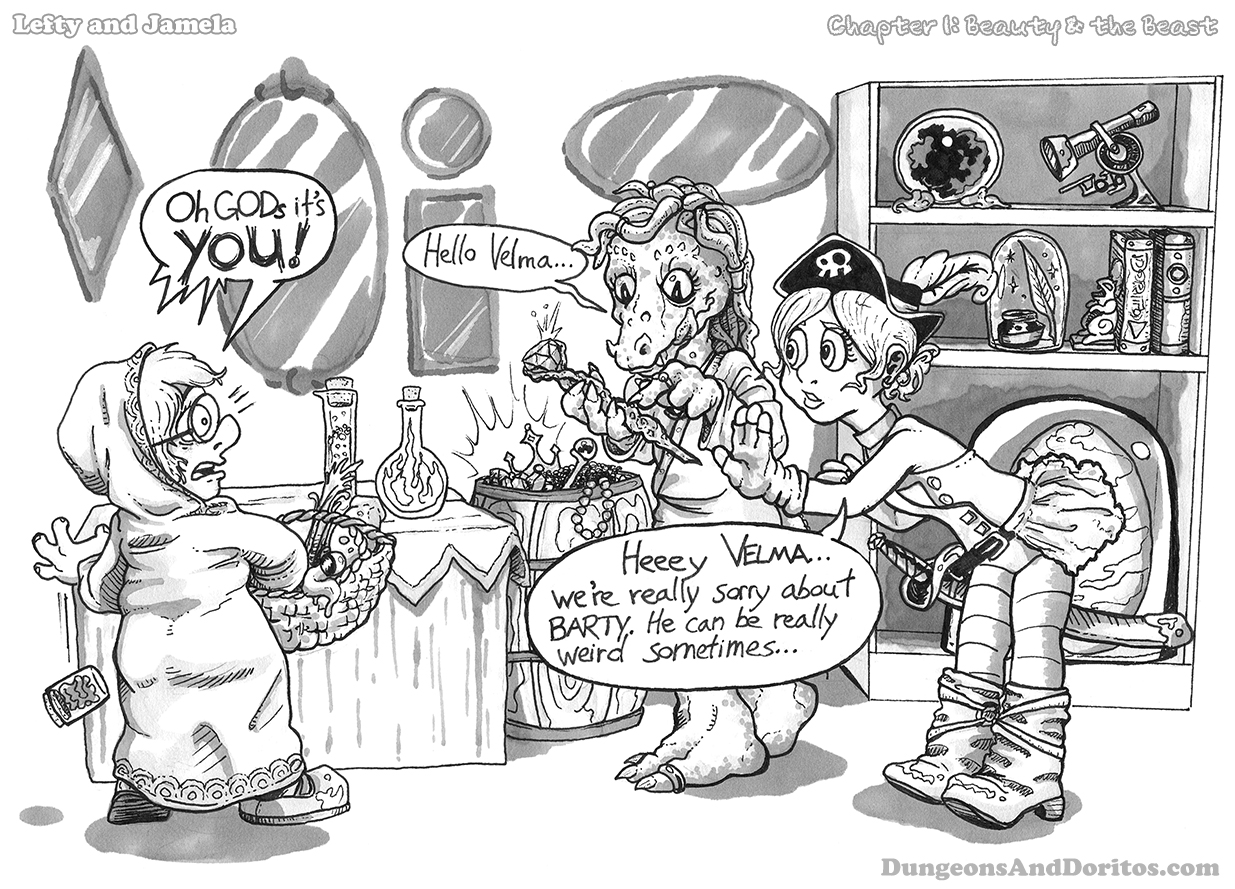 Remember Velma? She’s the hapless mage from the Alchemist’s Guild who got caught in the crossfire of that business with Jen’Ifer’s gem getting abducted. Suffice it to say, she’s still a little shell-shocked.

If this strip looks a little different in style, there’s a good explanation for that: this was actually the FIRST L&J strip local-shop and I ever drew. While we were still figuring out how we were going to page the first few strips, we started here to get a feel for the strip in action.  We drew this during the same 24-Hour Comic Day that the worshiping of Hexcrotch began!