Episode 156 :: Microsode – The State of the Film Industry 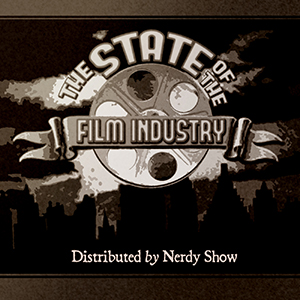 We’ve been talking a lot about Hollywood and the entertainment industry over the past few weeks, so let’s conclude that journey by looking at the big picture.  In this microsode requested by Gundamking, Cap, Doug, and Josh discuss the state of the film industry.  No, not California (though we do explore why our hometown Orlando didn’t become the “New Hollywood” in the 90s) – we’re talking about big budget blockbusters, surprise indie hits, and that popcorn chomping pastime that Steven Spielberg and George Lucas say is on the brink of implosion.

The trouble with Tinseltown is a complicated thing to diagnose.  We discuss suspicious trends in screenwriting, how television is in the process of surpassing film, the future of storytelling, and even spend some time on the topic of Kick Ass 2.