Album Review: Random Encounter – Let Me Tell You A Story 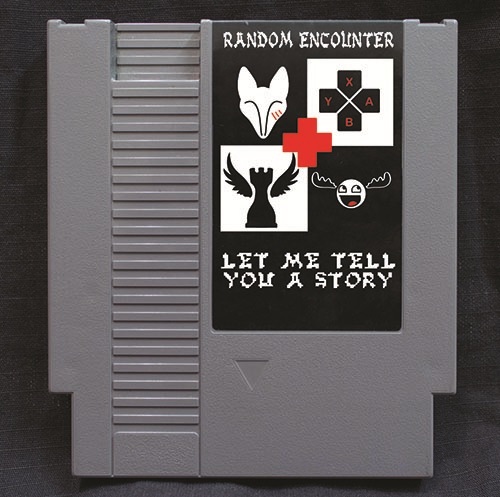 From the first dreary tones and the unmistakeable tingling of an accordion, Let Me Tell You A Story makes sure you know who you’re listening to right off the bat: Random Encounter is back and they’re about to begin.  But as soon as you hit track two, the familiarity stops and everything you know is wrong.

Jumping straight into a song that I can only describe as what I’ve missed about ska, RE shows that they’ve evolved their craft and songwriting chops. Though they quickly default back to the video game covers that have defined the act, it’s not regression – It’s clear that a lot of new skill and care went into each track.

For this review I’m going to highlight certain key tracks; mostly restricted to the originals, mash-ups, and songs with lyrics. Really, I don’t have much to say about the pure instrumental video games songs, but a few of them warranted my attention and you’ll find those at the end.

Let Me Tell You a Story – Selected Tracks

“Swamp Witch” : RE’s strength lies in their ability to grow their genre with excellent variations on the songs we already know. Much in the way that The Protomen pioneered geek rock with original songs based on Megaman themes (both musical and literal), RE is able to do that with the concepts they hint at. It’s a shame that in most cases the tracks don’t connect or provide additional depth to one another – they seem to want to.

“Not You”: The first ballad on the album starts slowly and heartfelt, but doesn’t take long to rocket back to the usual peppy-metal style. This track features some great guitar work. When the bridge comes through, you’re likely realize what the song is about. If you’re like me, prepare to get hit by some feels.

“Purple Angel”: It’s amazing how that familiar theme of “One-Winged Angel” can still affect me after so many years. However, this track quickly devolves into a cacophony of different time signatures before becoming a parody that mainly serves to confuse. Since the track is so long, with so many different parts, it feels more like a preview of an entirely differnet album. Some folks will appreciate this song, but for me it’s a skip track.

“Ocean King”: I previously heard this track as a single. I greatly enjoyed it then and I still love it now. “Ocean King” is so quirky and goofy that it feels out of place on the record, but gods I want this to be a place they explore more often. It’s not just unique on the album, it’s unique in the genre. In a world of relentless 16-bit covers and hip-hop remixes, unique is good.

“Katamari on the Rocks”: Ah, this is exactly what I want from RE. It’s immediately recognizable, and had me singing out loud with the “na-na-na’s”. On the one hand, it’s exactly what you expect from Random Encounter covering themes from Katamari Damacy, but it takes a distinctive turn with sound effects, lyrics in Japanese, and heaping amounts of fun. It managed to not only feel like RE, but also Katamari which I can only assume is the goal.

“Death of a Friend”: Another genre-bending track that I don’t know exactly where to place. I enjoy how varied some of the songs can be on this album. The heavy guitar with the light accordion speaks to me.

“Another World”: A track that feels simultaneously optimistic and depressing. There’s something about that paradox that’s very relatable and enjoyable.

Let Me Tell You a Story – The Instrumentals!

These four songs are my favorites amongst the instrumental game covers.

“Heart of Fire”: I’m a sucker for a good Castlevania track. And this track has a classic RE feel that would’ve been at home on their first album. However, Let Me Tell You a Story attempts so many other different genres or musical angles that “Heart of Fire”‘s simplicity almost seems out of place.

“Cave Story”: Much of the same, but that’s a good thing. This track will be unbelievably awesome live, with a lot of accordion and guitar lick-trading.

“Serpent Trench”: Ends on the acoustic side with what sounds like a harp.  Very nice.

“Yoshi’s Castle”: The slow and dark mood of the song is a breath of fresh air from some of the surrounding tracks. It’s great to feel some creepy, villainous moods amidst the previous upbeat or heroic sounding tracks.

All in all, I found Let Me Tell You a Story to be worth a listen. There are great originals and covers, but some tracks don’t feel different enough from the source material to inspire second plays. Add the album to your collection, but expect to make your own, slightly shorter, playlists.

Let Me Tell You a Story drops September 21st, you can pre-order it here.