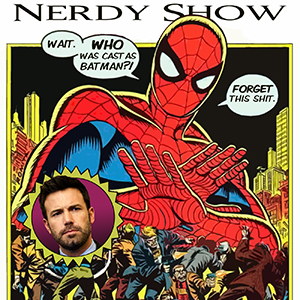 Things are getting weird for Marvel movies.  Word is out that the franchises licensed to Fox ( X-Men and Fantastic Four) exist in a shared universe, but allegedly that doesn’t mean anything.  Meanwhile, one mutant is set to appear in both the upcoming X-Men: Days of Future Past film and Avengers 2. That mess doesn’t even include Spider-Man and the other un-accounted for Marvelites.

In this episode,  Cap, Doug, Josh, and Matt try to make sense of it all.  Do the X-Men films have a shared continuity, or has it been changed? If there could be a crossover between just two studios’ Marvel properties – who would we pick? Who would we want to play Venom? And what are there ties between the new Thor film and Planet Hulk? We ask these questions and more – Plus we speculate on the recently-announced Marvel Experience, a cutting-edge touring event that promises to do the impossible. And yes, we share our thoughts on the recent announcement that Ben Affleck will play Batman. Seriously, how could we not?