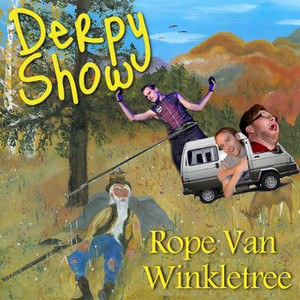 Well, it’s a good thing the Derps are awfully bad at following rules! Join in this verbal free-for-all as they battle it out over the values of Free2Play Games and the merits of various forms of blood sport. Whether it’s a fork to the penis or a cannon on your head, nothing holds a candle to a very special sport from Robojoe’s past. Learn who the gang would sacrifice in a life or death situation, and what the deal with Soylent is.

It’s a whole mess of Muppet mania on a ball-sporkin’ new episode of Derpy Show!