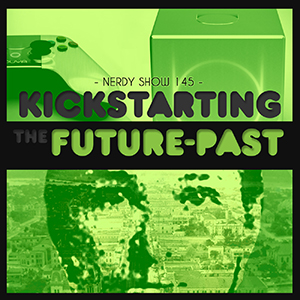 Get ready for a Kickstarter to the crotch!  Over the few years of its existence, Kickstarter has been responsible for successfully funding countless nerdy concepts, awesome pieces of tech, music, literature, and other media that simply wouldn’t have existed otherwise.

Is Kickstarting all it’s cracked up to be? Will the crowd-funding bubble burst? What do you need to know to get your own project going?  Just what does Nerdy Show think of Ouya? These are but some of the questions we ask in this episode of Nerdy Show.