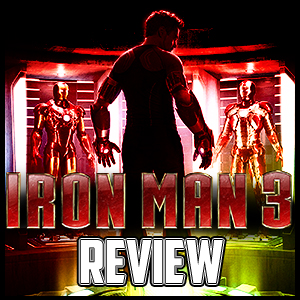 Don’t worry, we warn you when the spoilers start, but it doesn’t take long.  As the first Marvel movie post-Avengers this is a big one, and there’s not a lot we can say without really getting into it. Does it live up to or surpass previous films?  What ramifications could it have for other Marvel movies?  Will this be Robert Downey Jr.’s last film as Tony Stark? What makes the Mandarin so awesome? We review the film, tackle these questions, and discuss the other upcoming Marvel films and whether or not DC/Warner Bros. can ever hope to compete.