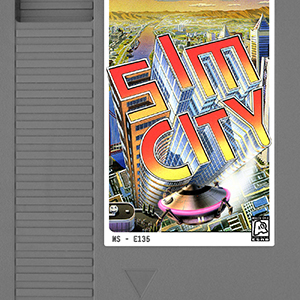 E3 is coming this June, and once again Nerdy Show will be there. The big 3 are getting their announcements ready, holding pre-press conferences, and in some cases changing their routine altogether – so we’ve got to be ready!  Join four fifths of your E3 2012 team: Cap, Brandon, Jonna, and Nerdy Show’s Live Programming Director, John LaValle as we gear up for the biggest game event of the year.

Nintendo has changed their approach to E3, ditching a big press conference for online Nintendo Direct videos and wow – the last one was a beast! We discuss all Nintendo’s big announcements including a ton of new 3DS titles, some sparse WiiU news, and the news that Cap and a certain cult game fan following have been working towards for years.

Since its catastrophic launch, we’ve been giving updates on Sim City here and there, but it’s finally ready to play!  Colin and Brandon discuss their abusive Sim City relationship, why the game is addictive, what’s improved, what’s still broken, and why you should play with them in the Nerdy Show region. We also review indie zombie platformer, Gentleman Squid’s Three Dead Zed, All that plus even more gaming news and discussion… Press start for the next wave.