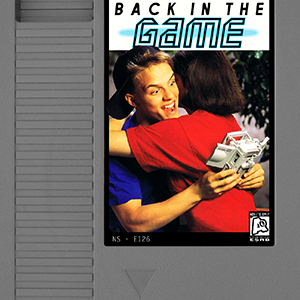 Video game episodes are back!  Our first fully game-centered episode since the re-launch and the first brand new one in a long time.  There’s lots of big releases on the horizon and plenty of announcements – both awesome and head-scratching.  One of the games we were most excited about after E3 2012, Aliens: Colonial Marines is an unmitigated disaster, Sony finally announced the PS4 (but is spare with details), and Nintendo has unleashed some new game announcements… and lots more.

Join Cap, Brandon, and Jonna as we get the haps on the videya game scene, share our expectations, theories, and pro tips for the Game Genie.  Well, maybe not that last one. Can you imagine if we just read off Game Genie codes?  That would be sucky and boring.  Request it as a Microsode if you dare!  We’d have to make it fun then.  Dance Nerdy Show monkeys, dance!