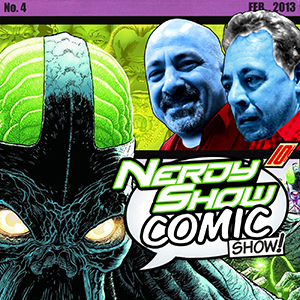 Nearly every time we talk comics, we can’t help but lament the shenanigans at DC Comics post-New 52 – both on page and behind the scenes.  With the recent firing and subsequent re-hiring of Gail Simone on Batgirl, the company’s baffling editorial policies and mishandling of writers has hit an all-time high. Quickly shuffling writers, characters, and storylines with no regard for the artists that make the books possible or the reader makes us all feel very uncomfortable about the publisher. We love the creators and we love the characters – Just what the heck is going on over there?!

Join Cap, Aaron, Adam, and Brian as we vent our frustrations once and for all.  It was a discussion that had to happen!  We lay out the facts, the rumors, and Brian’s personal experiences in hopes of finding some perspective on the hows, whos, and whys of current-era DC. We also discuss their controversial decision to hire Orson Scott Card to write Superman, and attempt to offer some levity to all this heavy crap by discussing our favorite new comics – yaaay!