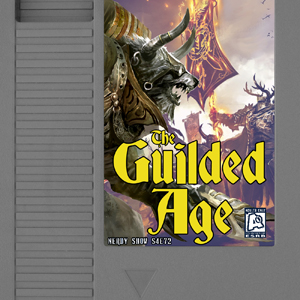 You remember September 2012? Sure ya do.  Well, we don’t.  Or, we didn’t.  This is an episode that was recorded way back then and fell off of our release schedule.  Then we lost it.  Then we found it, lodged behind the refrigerator, and it’s something that’s been a long time coming: A NEW VIDEO GAME EPISODE. But it’s old.  But it’s still good!

Join Brandon, Jonna, Tony, and special guest Kilplix as they discuss the games they’ve been playing, the forthcoming games they’re excited about, and a whole lot about Guild Wars 2. Guild Wars gives way to discussion about the state of MMORPGs, the Free-to-Play model, and other gaming insights. It’s been a long long while since we’ve done one of these, even longer since we released this one, but don’t you worry – there’ll be more gaming goodness real soon!