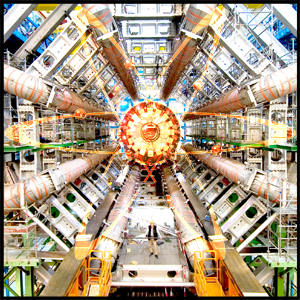 The discovery of the Higgs-Boson particle via the Large Hadron Collider topped our Top 20 Nerdy Things of 2012 list.  We chatted about it some in the 2012 Final Boss episode, but at the request of Nerdy Show supporter, Maraun – we’ve got more to say about the incredible machine that made it all possible!

Join science experts and/or enthusiasts Jon and Brian along with science endorsers Hex and Tony for 15 minutes in heaven with the Large Hadron Collider.  Hopefully when your particles explode they won’t make too much of a mess.