Mike was an avid Magic: The Gathering player going waaay back.  Here’s two card customizations he made as a kid that we found in his massive cache of cards. 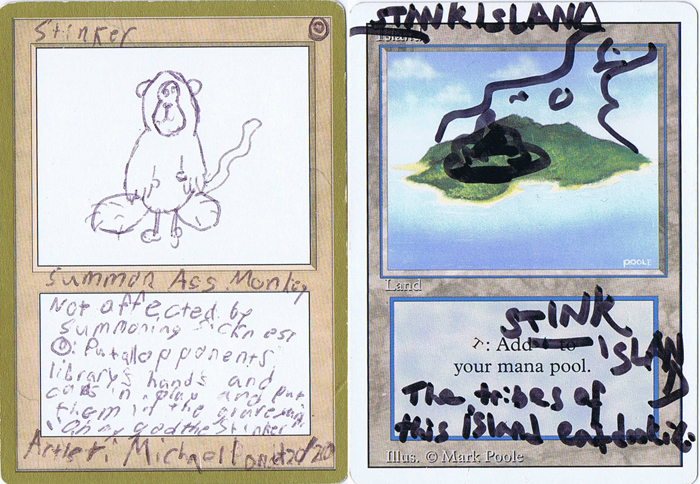 Stinker
20/20 creature
Cost: 0
Summon Ass Monkey
Not affected by summoning sickness.
Pay 0 and put all opponents’ libraries, hands, and cards in play and put them in the graveyard.
Flavor text: “Oh my god, the Stinker!”
Artist: Michael Pandel