You’ve seen Mike’s comic “The Hungry Turtle“, now check out some more of his art. These two pieces are both themed around weddings.

“Cat Wedding” – Mike drew this picture of the Nerdy Show house’s cats, Klarion (three-legged, black) and Teekl (orange, gigantic) getting married (they’re both boys). Their air ship is powered by running water filled with fish turning wheels that operate the propellers. Also seen here is a girafficorn and a monster made of shit. 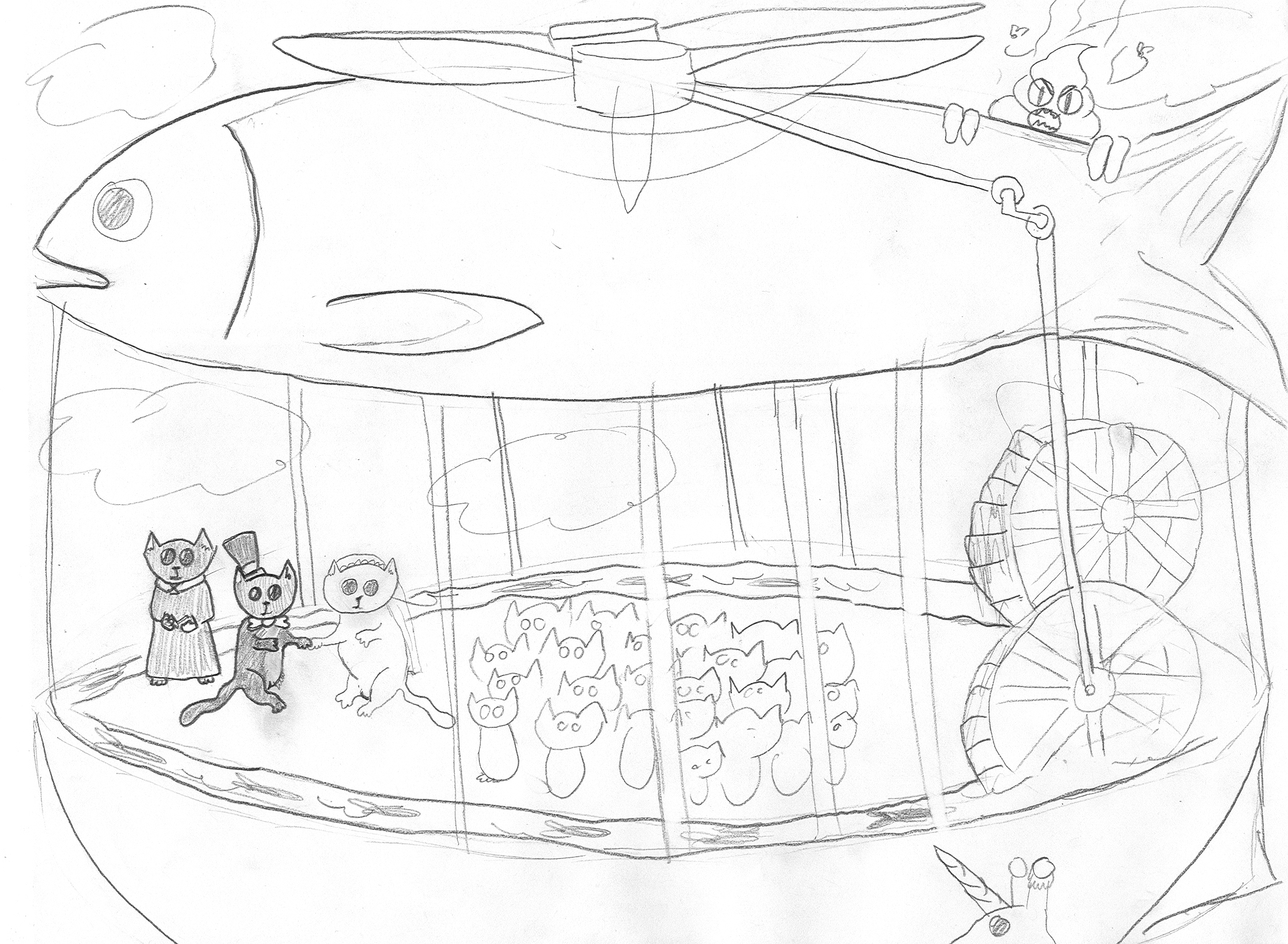 “Me Am Two Person” – An invitation to a friend’s wedding sent to Mike and Brandon. This is their RSVP, which was mailed away – Mike didn’t realize it was addressed to the bride’s conservative parents. He and Brandon were subsequently uninvited. The card wasn’t malicious, moreso it was critical of the formality and maturity their friend was embracing.  Mike, in turn, did what he did best and rebelled against it – making fun of the awkward wording of “number of person”, and also drawing a hungry dick.  So hungry. 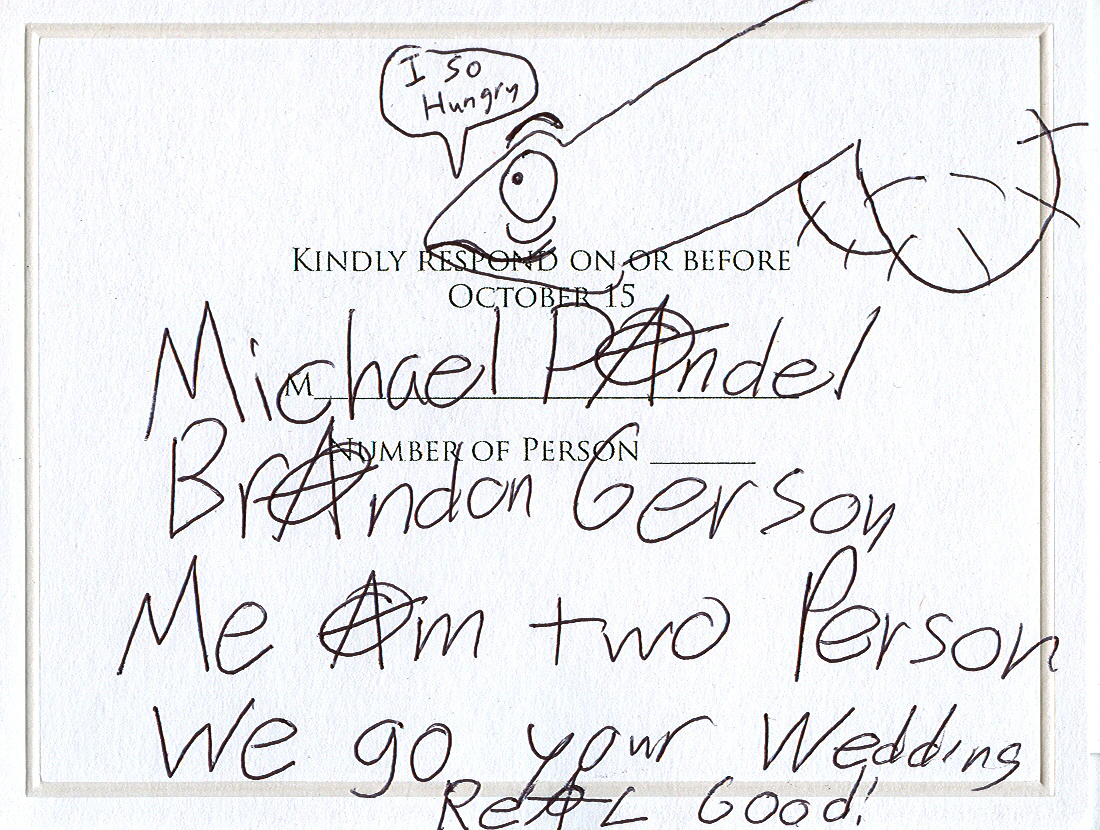