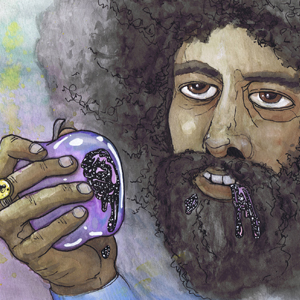 Maker and hacker culture is on the rise.  Chances are, if we’re talking about sci-tech you’ve inevitably heard us bring up new innovations in DIY creativity from this kickass, innovative subculture.  This episode join Cap, Hex, Jon, Kristin, and Jessica, along with John Bent Cope of Orlando hackerspace, FamiLAB to talk about the biggest even in Makerdom – the Bay Area Maker Faire, as well as the inaugural Orlando Mini Maker Faire.

What’s more, we drop some science with one of the wildest minds in musical comedy, Reggie Watts.  This guy is such a sponge for astrophysical, biomolecular information- he had to grow his afro out just to protect his brains. Strap yourself in and put on your safety goggles – we’ve got a lot of science to do.*

*As you may have guessed, this episode was recorded earlier this year, but we haven’t had a chance to release it until now. Some of our discussions may be out of date.