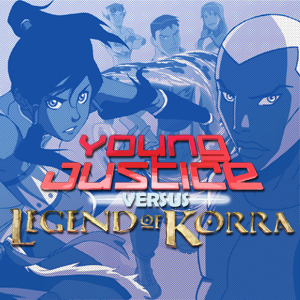 Earlier this year, The Legend of Korra and Young Justice were launching new episodes on the same Saturdays – rocking our weekends with animated action and drama the likes of which we’ve never seen before. And every Saturday Hex would post which of the two show he felt “won” for the best episode of the week.  Faithful Nerdy Show listener Twothums has earned himself a microsode and requested that we resurrect the battle!

Join Hex, Tony, and Kaymonstar for an animated discussion (ha!) about what we love about the shows, where they could better, and decide which among the two has packed the biggest punch this year.