The Gazetteers are a group of like-minded nerd girls who are artists, engineers, and writers. This series isn’t about us telling you how awesome or misunderstood girl nerds are. We’re not about gender-bias; we’re about sharing ourselves, our fan love, our culture, and writing about the nerd world as we see it. We are nerds, we are Gazetteers!

ParaNorman is a creepy puppet-tastic movie by Laika that came out over the summer and is still in some theaters for the Halloween season. It stars Norman, a quirky boy with a strange and freakish gift. A gift that makes him an outcast at school, a freak at home, and gives him all the trappings of a fantastic hero. Since it’s the season of spookings, The Gazetteers thought we would let you know why you should check out this film! Join Kristin, Kaymonstar and new Gazetteer, Virginia as we tell you what we loved about ParaNorman, and our hopes for Laika’s future! 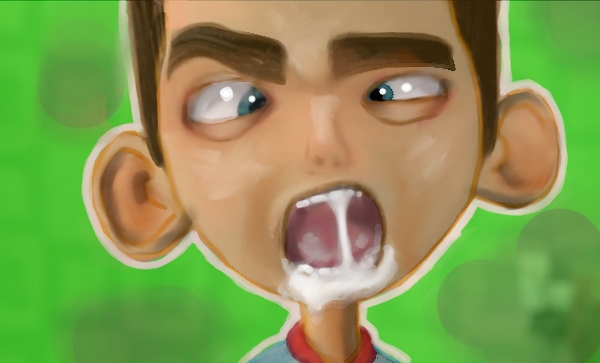 -Who was your favorite character?

Kristin: Neil was my favorite by far! I really liked all the characters, but I just loved his personality and how he interacted with everyone. He also seemed like one of the most believable people, you get to know him and you’re like – I have a friend like him! He wasn’t particularly integral to the story line, but the whole film would have been a lot less fun without him.

Virginia: Neil was perhaps more of a plot device than a fully fledged character, and yet he’s too adorable and sweet not to love. I liked how he was optimistic and willing to proceed cheerfully despite how fraught with problems his life was, I think that quality in him was important for Norman to see in a person as socially flawed as himself. Alvin, the bully, was also appealing to me. He listens to Dizzee Rascal, that has to count for something. I honestly loved all of the characters, though, even the minor ones were interesting.

Kaymonstar: I liked Mr. Penderghast but that’s probably just because I really love John Goodman. But I’m going to be that guy and have to say Norman was my favorite. He was very easy for me to relate to.

-Were there any places where you would’ve liked more story? Or things that the filmmakers could have left out?

Virginia: There’s an unseen boyfriend mentioned late in the film who I wish we’d seen. Other than that.. I really think it was practically perfect!

Kaymonstar: I’m glad they didn’t show Mitch’s boyfriend. I’ve heard that people demanded refunds when they found out Mitch was gay at the end, but since they had to sit through the whole movie only for it to just be mentioned in passing they didn’t get one. Some parents complained that the themes were too strong for children when it is the exact opposite.

Kristin: There are a few things I wish we could have seen more of. I wish we saw more interaction with Norman and his grandmother. I also wished we saw more of his crazy uncle. I can’t think of anything that should have been left out. It was good storytelling without stupid fluff.

-Do you think stop motion animation was the best way to bring ParaNorman to life – Versus 2d animation or 3d graphics?

Kaymonstar: It’s not a matter of stop motion being the best way to produce ParaNorman. When I hear people comparing stop motion to 3D it makes me sad because it’s a completely different animal altogether. Everything in stop motion is crafted. They had to build 75 different sets for the movie and there are 9,000 different faces that they used to animate the people. It takes a full year to film an entire scene and if you break it down it comes to be about a week for 5 to 8 seconds of a scene. The elaborate sets and the details put into stop motion are for the most part handmade and it sets it apart from any other animation style. It’s a piece of art. I don’t look at Madagascar 3 and see art in the same sense as I see ParaNorman or Coraline, even Tim Burton’s movies- all have this sense of tangibility to them. ParaNorman sets a bar pretty high for other stop motion films. I was very excited to see this movie and I wasn’t disappointed. You know how it is when you get your hopes up so high and you’re afraid it will not be as good as you had hoped? (Cough: Prometheus) Yeah, this wasn’t that movie at all. There were so many things to take in and I can’t wait to see it again just in case I missed something.

Virginia: Stop motion animation in America is a perfect medium for anything with grotesque qualities. Aardman productions such as Wallace and Gromit and Rankin/Bass holiday fare notwithstanding, Nightmare Before Christmas started a ball rolling that was continued with James and the Giant Peach, Coraline, Corpse Bride, ParaNorman and continues with Frankenweenie. A medium shouldn’t be tied indelibly to one genre, but creepy and stop motion go hand in hand in my mind and, I’m sure, the minds of many others. I think ParaNorman’s style and characters would still be striking and meaningful in another type of animation, but they seem so suited to stop motion that I find it kind of hard to picture, actually.

Kristin:  Art style won’t really make or break a good film, but as a visual medium, the visual style of a film can really enhance the experience. I love stop motion animation, I love puppets, and I also love classical animation. In ParaNorman’s case, they did an amazing job. I am a sucker for hand drawn animation but I think it would have lost so much had it been animated that way. CGI might have been cool, but again it wouldn’t have had the same feel that the puppetry had.You can plainly see the effort and love that went into the sets, the characters – everything. ParaNorman has got to be one of the most beautifully created stop motion movies I have ever seen.

–ParaNorman is from the same studio as Coraline. Is it a better movie?

Kaymonstar: ParaNorman was created completely by Laika, while Coraline was based off of a story by Neil Gaimen. The animation this time was a lot smoother. Many things were improved upon in ParaNorman, but I love both of the movies equally and I find it very difficult to say I like one more than the other. I’m still waiting for ParaNorman merch so I can put it next to my Coraline replica.

As far as the world goes though I liked Norman better because there was more to see. In contrast Coraline’s setting was specifically limited to one set for the purpose of the story which is fine, it just makes it harder for me to engage that world when I don’t feel like there is a whole lot of room for exploration.

Virginia: Personally, I didn’t like Coraline. In part, because none of the characters were very likable. I don’t think the cast of a movie needs to be likable for it to be a good film, and likability is subjective, but ParaNorman’s message is one of compassion and understanding, and its much easier to accept such a message when you feel affection for the characters delivering it. I loved every character, and so I can’t help but love ParaNorman so much more than I did Coraline.

Kristin: I really loved ParaNorman, but I have to say I ADORE Coraline. Like freakishly love. I am a huge Neil Gaiman fan and so his story with Coraline is right up my alley, mixed with Laika’s amazing puppetry skills made for one of the best movies I have seen. However, ParaNorman had more than Coraline– it’s outstandingly clever, you almost instantly fall in love with certain characters, and it’s easy to get drug deep into the story. That said, the creepy awkwardness that is Coraline is my cup of tea and favorite of the two.

-Was ParaNorman clever, or just part of the “Zombie Movie Craze”?

Kaymonstar: For the sake of not ruining anything for anyone else who plans to go see the movie, it’s got zombies yes, but it’s not all it has. It’s got more of a feel of those Halloween movies from the 90’s. Primarily it reminded me of The Halloween Tree, and Hocus Pocus. It was a story of a boy who learned to cope with everyone thinking he’s a freak. He goes through the motions. There are heart-wrenching moments and I probably teared up a couple of times. It being a part of some “Zombie Movie Craze” is the furthest thing from my mind while I watched it. To lump it into that kind of a group really does it a disservice.

Virginia: I think the “Zombie Movie Craze” was in full force a few years ago and seems to be over.  However, it’s what we can point to if we want an explanation for ParaNorman’s marketing. The film has zombies, sure, but they’re comparatively minor characters and the film’s plot doesn’t hinge on the consequences of a ‘zombie outbreak’ a la Romero. You wouldn’t know that  from the trailer. Norman’s a boy who likes zombies, has a lot of zombie merchandise, and there’s a bit of awkwardness of him being creeped out by the things in his own room when that becomes an actual possibility, that was an interesting choice.

Kristin: I am dead tired of zombies (get it..DEAD tired? ugh, I know I’m lame) but I’m inclined to group any movie with zombies as part of the “Zombie Craze”. That said, ParaNorman isn’t about zombies – It’s about friendship, acceptance, and a slutty sister being a bitch but then realizing there is more to life than muscles and purple nail polish. It is about an amazing chubby kid with a kitty on his lunch box. It is about witches, and yeah… it is about zombies. It is all those things wrapped in a delicious nugget of creepy fun. It’s way more clever then a lot of the popular “zombie” movies out there and in a lot of ways pokes fun at the cliches.

-Will there be a ParaNorman sequel? If so, could it be as good as the first?

Virginia: When a sequel is announced, a lot of people say that they’re sure it will be terrible because they can’t conceive of a way that it will be good. And, often bad sequels are produced and everyone whines about them. But when I say ‘I can’t see how making a sequel to this film will end well’, I say it as someone who doesn’t work at Laika. There is a world here that has a lot of room for lots of different stories to flourish, in the right hands. The movie Ghost Town was terrible, but who knows, a movie about Norman helping out the ghosts in his town might be kinda cool.

Kaymonstar: No. No sequels. this is not one of those things that needs one. Instead I would like to see more original work come out of Laika.

-What would you like to see Laika do next?

Kaymonstar: I know that my favorite illustrator Gris Grimly had been meeting with people to get his adaptation of Pinnochio to be made into a stop motion production. I think Laika would be a good fit. Guillermo Del Toro was going to produce it or have a hand in it in some way. That team would be to die for.

Kristin: I agree with Kaymonstar on wanting to see more original content come out of Laika. I see big things in their future!

Do YOU have some thoughts on ParaNorman? Share them with us on the forums!