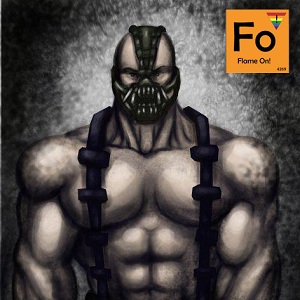 One of the biggest months ever in nerdom has come to a close and we here at Flame ON! are all over it like white on sperm! We talk about the huge announcements from San Diego Comic Con, the trailer for the next season of Doctor Who, Marvel NOW!’s new creative teams, and the movie we’ve all been waiting for — The Dark Knight Rises! Something sure is rising during this episode, and it just might be in our pants. Join Bryan the Bear, Oral the Bitch, Jarrod the Super Art Brother, Eric the Muscle Bottom, and The Question of unquestionable good taste as they turn up the gay geeky heat!