Dungeons & Doritos issue 1 may have been Mike’s first published comic, but it wasn’t Mike’s first comic – oh no!  Presenting the misadventures of The Hungry Turtle. It’s hard to say how long the character of The Hungry Turtle was kicking around Mike’s mind, but we can roughly pinpoint when this comic was drawn: some time around ’04 or ’05, most likely while working at Sam Goody in the Altamonte Mall.

Here we see The Hungry Turtle as a metaphor for the human condition.  Is he an artist slaving away at a moderately satisfying mall job, eternally hungry for destiny?  Or deeper still, is he the consummate dreamer – never satisfied, for he seeks the impossible and fills that void any way he can? In time, perhaps the scholars will decide. 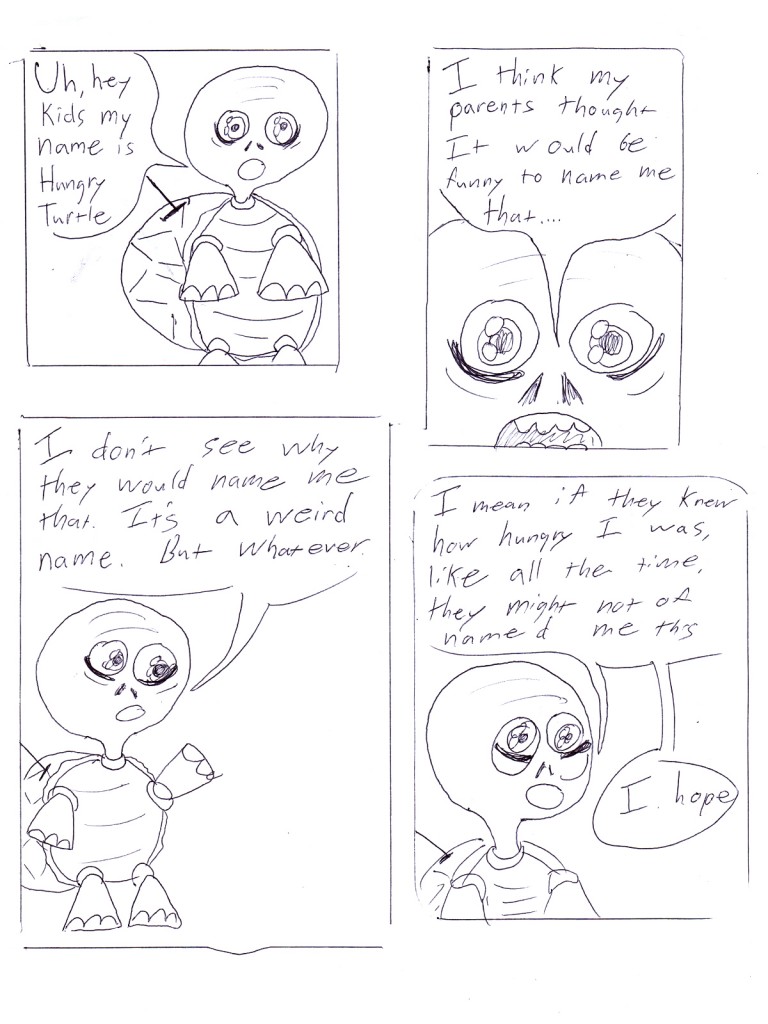 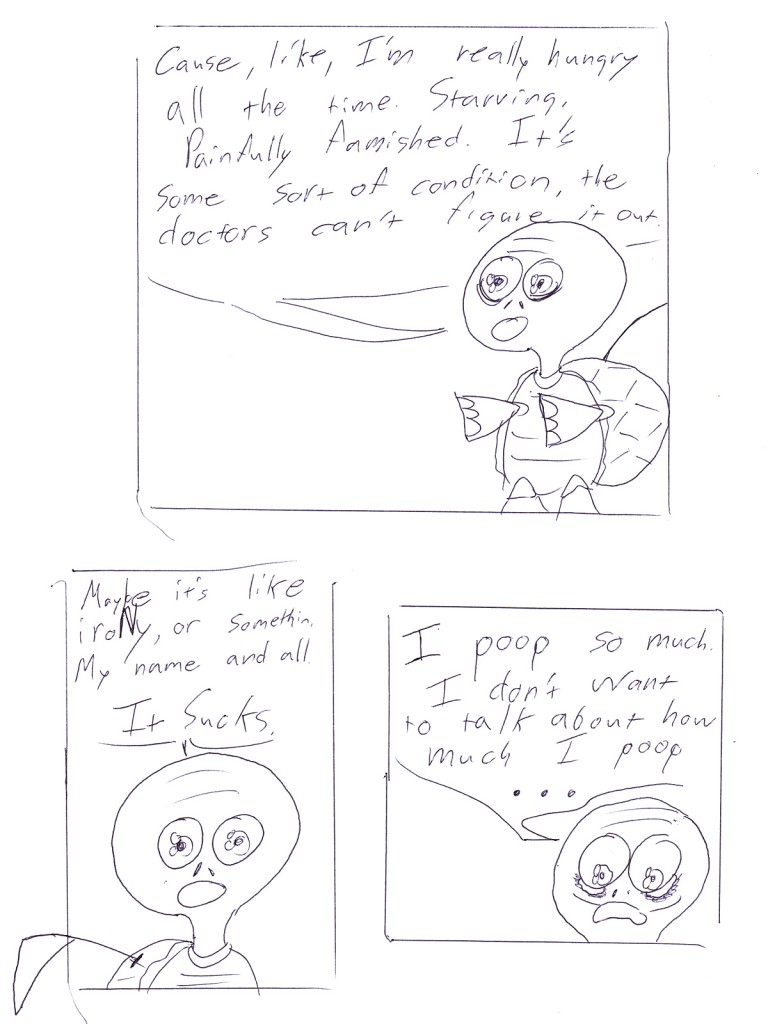 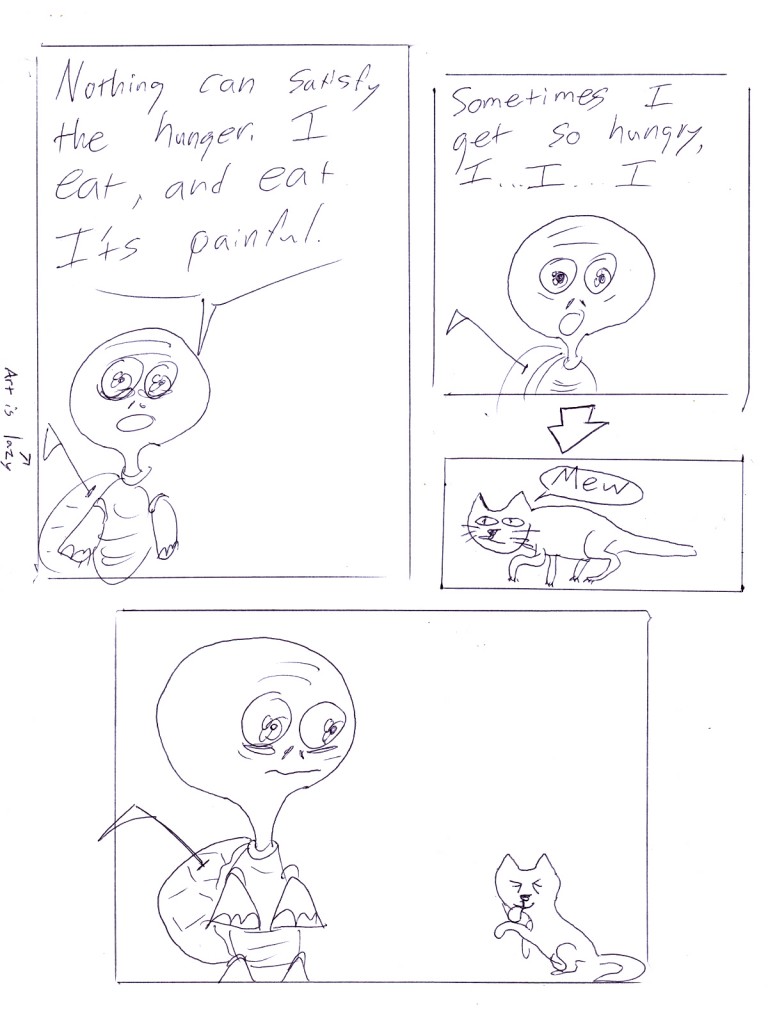 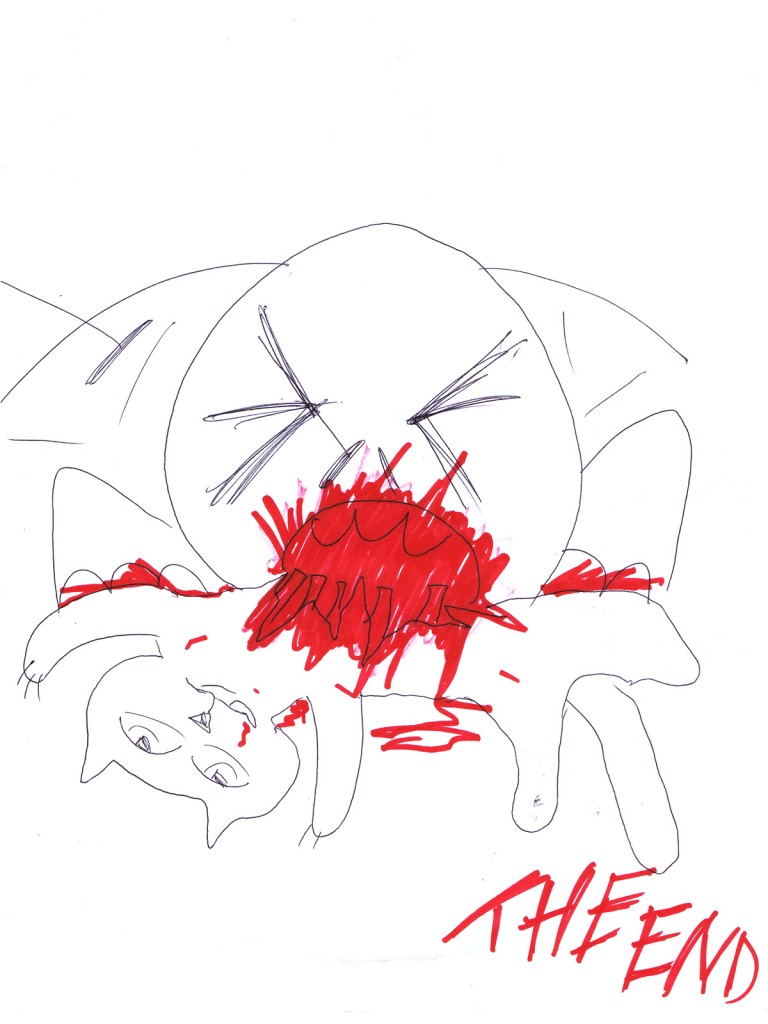