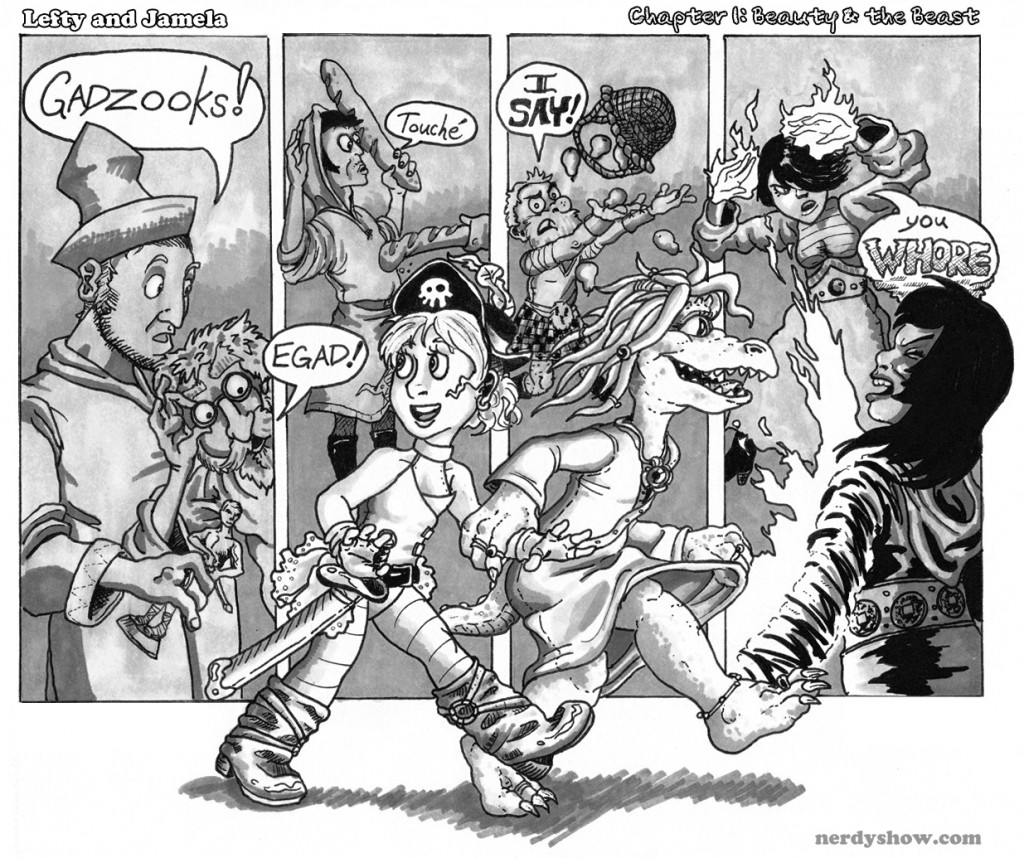 Lefty & Jamela embark on their first day of being “trapped” on the Isle of Mages.

It’s good to release a new strip for Lefty & Jamela.  After the tragic events of February, it was hard to find the time to get back to work on it. We’re looking forward to telling more stories from happier days.  We’re not resuming our weekly schedule yet, but I’d been sitting on this strip for months, trying to build up enough strips in reserve for us to start again. I love this piece and didn’t want to wait on it any more.