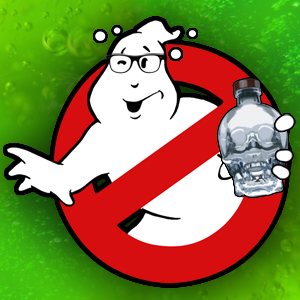 There’s hardly an episode that goes by without us mentioning or somehow referencing Ghostbusters.  The landmark 1984 paranormal comedy has profoundly influenced the whole of nerdom and it’s high time we devoted an entire episode to it. Since this is sucha momentous occasion we thought we’d do it style – we interviewed none other than Dr. Raymond Stanz himself, Ghostbusters star and scribe, Dan Aykroyd!

Join Cap, Hex, Brandon, Brian and special guest, Ghostbusting maniac and Nerdy community member, Arkais, for an episode packed with more ectoplasm than a 50 ton Twinkie.  With us for the entire adventure is Erik Burnham and Dan Schoening, the creative team behind IDW’s ongoing Ghostbusters comics series. We discuss how the series, got its start, what’s in store, and how they pack so much ghost busting goodness into each issue.  We also met up with the guys behind the upcoming Ghostbusters mobile game, Ghostbusters: Paranormal Blast to find out what its doing that no other paranormal AR game can. PLUS we’re getting drunk the whole time on Dan Aykroyd’s Crystal Head Vodka.

*Samples of Elmer Bernstein’s incredible score for Ghostbusters are used throughout the episode.