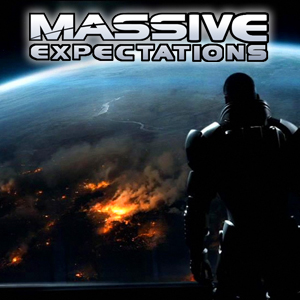 As you might know, here at Nerdy Show we love us some Mass Effect.  Mass Effect 3 is a hugely anticipated release.  Heck, back in November we even devoted a whole episode to Mass Effect 3 speculation! Now that the game is finally our it’s caused an uproar of both praise and extreme criticism. Whether you play Mass Effect or not, chances are you’ve heard that fans are outraged over the ending. What’s Nerdy Show’s stance?  Glad you asked.

Join Colin, Hex, Cap, Jon, and Tony for a detailed discussion on Mass Effect 3‘s successes and failures. Just to brace you – this is heavy Mass Effect talk – some knowledge may be required. Half of this episode is Mass Effect 3 spoiler-free, the other half is Spoiler-City, USA.  Don’t worry, we’ll let you know when.  Here what made the crew weep, what made us rage, cheer, and how our Mass Effect universes differed from one another. Know some random internet stuff about this whole Mass Effect thing and wondering why people are so upset? We’ve got you covered. Cap’s hardly played any of it and he needs the details of these Internet-wide rages explained!