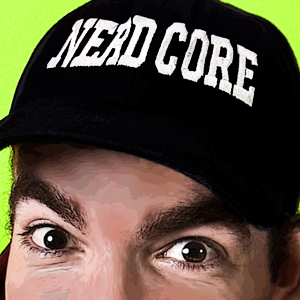 We knew that our exploration of nerd music history would be lengthy, but we were surprised how deep the rabbit hole went. Recorded in one long sitting, dividing this episode into two parts was an on-the-spot decision.  You can tell it’s gotten late, ’cause we’ve gotten a little loopy.

Picking up where we left off –  our adventure through nerd music history continues up to the present and into the future!  Z from Hipster, Please! and Wired’s GeekDad. makes a brief time-traveling appearance, while the battle-ready, Adam WarRock stays strong with Hex, Cap, and Triforce Mike on into the night.

Nerdy Show is proud to present the triumphant conclusion to “Nerdcore: The Past, Present, and Future of Nerd Music“. This episode features an EPIC group interview with some of the biggest names in Nerdcore: MC Lars, Random, K-Murdock, Tribe One, and Adam WarRock recorded during the Race Wars Tour.