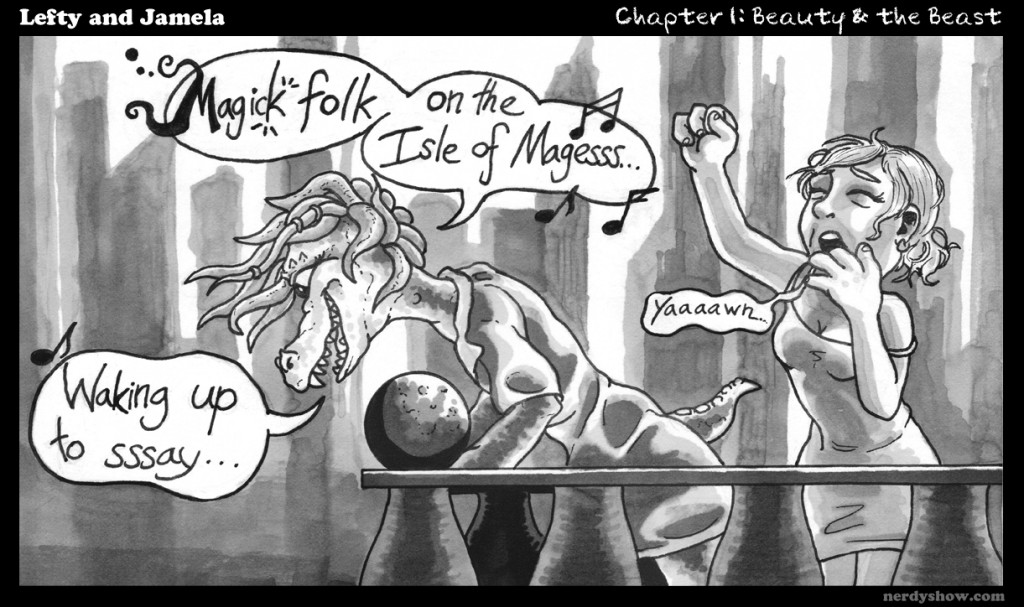 With this third strip we end the introductory scene.  Gird your loins for a musical explosion.