Welcome to the NEW Server of Awesome!

A new day has dawned for the Server of Awesome! Minecraft is officially out and as such we’ve started anew.  The original SoA was created when the game was still in Alpha, a world of endless snow, with no monsters, that grew to include new updates only at the outermost reaches of the world.  That server saw feats of uncanny and astounding nerdiness – the stuff of legend!  That legend has not ended… it lives again!

Perhaps you’ve seen the roleplay on the forums, entitled “Crisis on the Server of Awesome” in which a DC Comics-style apocalypse destroys the world only to see it born again.  You’ll hear our epic ending to the story in a future episode of the show, but it’s not too late to add your voice to the tale.  We now invite you to a new world, relatively pristine, but dotted with strange ruins.  You find yourself in an ancient chamber within a forest… signs of a lost civilization.  Nearby is a great chasm where once an awesomely-sized structure, perhaps a fortress, once stood.  Ghosts and ghouls haunt this place that was once a great civilization.  Brave travelers – this land is yours to tame! 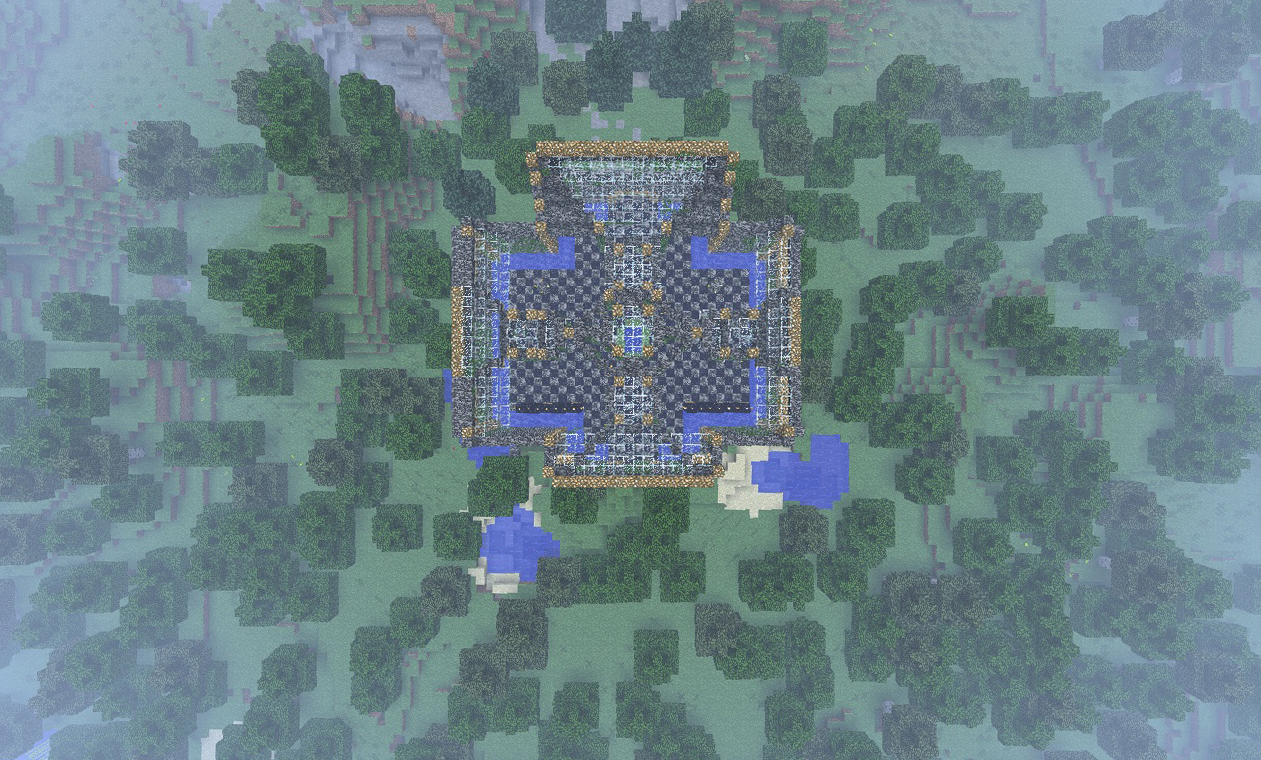 Behold the largest remaining standing structure: The Spawn Point.  Oddly eonugh, spawn isn’t at 0, it’s at x261 z118– we don’t know why!  But it is! An important guideline to keep in mind from our experiences with the first SoA: please don’t create any lava-based structures near spawn. It’s just an accident waiting to happen.

We’ll be posting and discussing neat structures as they get build, so please keep us abreast on what you’ve been working on, whether it’s posting in the forums, or sending projects to minecraft@nerdyshow.com.

But what of of the SoA that came before this one?  It lives on!  The original Server of Awesome will always be available to play on.  If someone wants to host this server for continued play, that’s fine by us.  Just know that the content therein is the creative property of the Nerdy Show Community and we ask that it be credited as such should the situation arise.  Check out our Minecraft page to see just a fraction of the incredible things that were created there. It’s a big download, 2.8 gigs, so be warned.  You can get it here: coming soon!

Alas, the upload speeds and designated IP address don’t come cheap! We’re a donation-funded site, podcast, and server so if you’d like to contribute to keep Nerdy Show and the SoA alive, please do! You can score some swag and help support the show by picking up some cool stuff at the Nerdy Store.