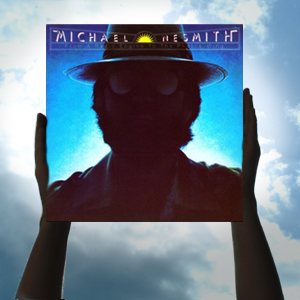 In the world of multimedia, Michael Nesmith is one pioneering badass. Comparable only to the likes of Chuck Norris, Theodore Roosevelt and Bill Brasky, he’s the godfather of MTV, home video and online virtual worlds. Not to mention making four decades worth of brilliant songs and bucking trends. You simply aren’t ready for all of the facts about this genius, nor are you ready for just how far ahead of the curve he remains. But don’t worry, The Real Congregation is going to ease you in, starting with his pre-Monkees recordings all the way up to his relentless solo work… and by the end of the episode, you’ll likely be erecting a statue of Papa Nez in your front yard.

Your host Marc With a C is joined this week by composer (and fellow Nesmith fanatic) Chris Zabriskie. Hear us freak out over every single nuance of Michael Nesmith’s storied history!

I was born at a very young age. After that, I made a lot of records. Used to host The Real Congregation for Nerdy Show. Now I just sort of pop up when needed, and I'm the general manager for Nerdy.FM, our 24/7 radio station dedicated solely to nerdy music! Also, still making records.

Posted in: Featured The Real Congregation