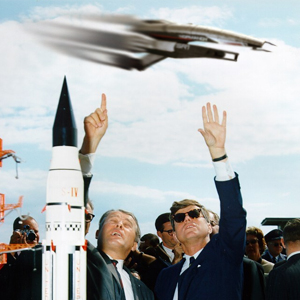 Mass Effect 3 was supposed to come out this holiday season, and it’s been pushed to March of next year.  We’re 100% okay with that.  However, in the interim there’s all manner of updates and speculation as to what’s in store in this final chapter – and it’s tearing Nerdy Show apart!

Join Mass Effect mega-fans Matt, Colin, and Jon, along with Cap, Hex for a heated debate on the new game.  Matt and Colin’s schism runs deep – it’s paragon vs. renegade – two worlds collide as they debate their choices and how they’ll effect the new cross-world multiplayer feature.  This is an INTENSE Mass Effect discussion.  If you’re new to the series, prepare for the unknown.

Since we’re talking about fictional space exploration, it’s only fitting that we talk about the real deal too. In the last month we’ve seen both the opening of the world’s first spaceport, and massive budget cuts to NASA, threatening our ability to reach out to the stars.  This is something very near and dear to the Nerdy Show crew.  Join us for an in-depth discussion on what’s been lost, what’s at risk, what our future might have been, and what it may be.