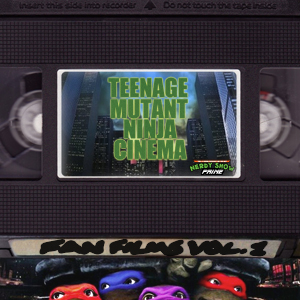 Nerdy Show Prime is our on-going series of stand-out, single-subject episodes existing beyond our regularly scheduled programming. We’re pleased to bring you the first in a multi-part Prime series on the topic of “fan films”.  We’ve entered in a bold new era of fan films, one where creating a full-scale film in someone else’s universe is an accepted thing, what’s more we’re seeing more and more fan films of an incredible professional grade.  Our Nerdy Show Prime Fan Film Series will see us discussing the genre and interviewing incredible new talents making names for themselves in the field, as well as the creators whose work has served as inspiration for the new films.

For Volume 1 of our fan film series we’re discussing a topic very near and dear to our hearts: Ninja Turtles.  Writer-director Polaris Banks‘ new fan film, Casey Jones: The Movie brings the masked vigilante to the screen as we’ve never seen before, while paying homage to the visual style of the original 1990 Teenage Mutant Ninja Turtles film, directed by Steve Barron.  We interview Polaris, and get a behind-the-scenes perspective on guerrilla indie film making at its finest, as well as all the influences that he poured into the film.  THEN we share an epic-length discussion with Steve Barron, legendary music video director and Jim Henson collaborator, on his experiences making the original Turtles film, what was cut out, what happened with the sequel, and more!  Many long-pondered fan questions are answered! We also learn about Barron’s newest project, an intense, star-studded adaptation of Robert Louis Stevenson’s Treasure Island – like you’ve never seen before!

Crawl into your drain pipe, grab a slice of ‘za, and listen in!