Flame On :: Looking for Oral 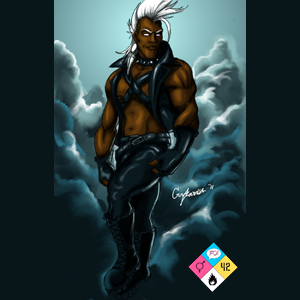 Do you take your clothes off but keep your glasses on? Either you must be a gay geek or a fan of the amazing Jonny McGovern and his saucy song Sexy Nerd! Hear our exclusive interview with the exciting entertainer in addition to our usual serving of Flame On! with Bryan, Eric, Jarrod, The Question, and Bryan’s brother Jeff as the straight boy on the floor (you’ll have to tune in to find out what happened to Oral, but let’s just say it involves S&M).  Oh, and do you like porn and comics?  Be sure to listen up for news about our new contest!

We put the pedal to the metal and discuss Drive, starring the steamy and stoic Ryan Gosling. Vroom vroom!

We are absolutely bursting with TV talk this episode like a drag queen in a corset! We discuss Buffy’s return to TV in The Ringer, the magical and the macabre of Secret Circle with Brian from Queer as Folk, Earth’s two secret vaginas in the Torchwood finale, Wonder Woman’s fabulous appearance in Batman: Brave and the Bold, and don’t forget about Young Justice, Charlie’s Angels, Terra Nova, and Fringe!

ERIC TIED THE KNOT! Hear his touching story about his marriage to Batman in New York! Don’t worry boys, you might not be able to touch him anymore, but this power muscle daddy still has a lot to look at! We also talk about Don’t Ask, Don’t Tell repealed and the backlash still facing gay soldiers.

All the way from his tower of Isengard, Saruman of Many Fabulous Rainbow Colors joins us to ask a question about a certain ring causing some unrest in a listener’s relationship! Also hear what we have to say to Enrique about How fast is too fast? And would you believe straight boy Ian wants to know What is a power bottom? Oh lawwwwd! You’re gonna need a drink after this segment!

Gamers crack the HIV molecule! See? All those countless hours spent casting frost bolts with your zombie mage have finally paid off! DC Universe Online goes Free to Play and we decide to start our own Flame On! group, so come play with us! Also hear what Jarrod has to say about a certain warrior woman in Warhammer!

DC has been dominating the news with the New 52, but we remember to give the spotlight to indie titles Locke and Key and Near Death. We also discuss Marvel’s Fear Itself, Colossus going Juggernaut in Uncanny X-Men, The Dark Angel Saga in Uncanny X-Force, and the fate of the Scarlet Witch in Avengers: The Children’s Crusade. Marvel also had us talking about all of the new Ultimate Comics titles – Ultimates, Spider-Man, Hawkeye, and the X-Men! The Nerdy Show boys did a great episode covering all 52 new titles from the DC relaunch, so be sure to check that out here, but we weigh in on a couple of our faves, too!

A Jonny McGovern interview, two vaginas, and teaching a straight boy about power bottoming? Yep, just another episode of Flame On!