The Server of Awesome: A History of Transportation, Nowhere, and MORE!

Hola! Como estas Minecrafters?! Welcome to another riveting, exciting and dare I say sexy adventure! It’s been eons since our last posting and, as always, many things have been going on in the SoA.  Hope you’ve bee keeping up on the forums! A lot has been going on in Notchworld as well. There are updates on the way that may completely changing the blocky world around us. PLUS we’ve got a new Minecraft Build-A-Thon going on right now and the theme is television, check it out:

The Server has now been active for a full nine months, and so much has changed.  Since our world is constantly shifting, and will continue to evolve, I thought it would be nice to go back to our roots. So for this article I’ve compiled a little history lesson. A lesson in TRANSPORTATION dun dun duuuuun! 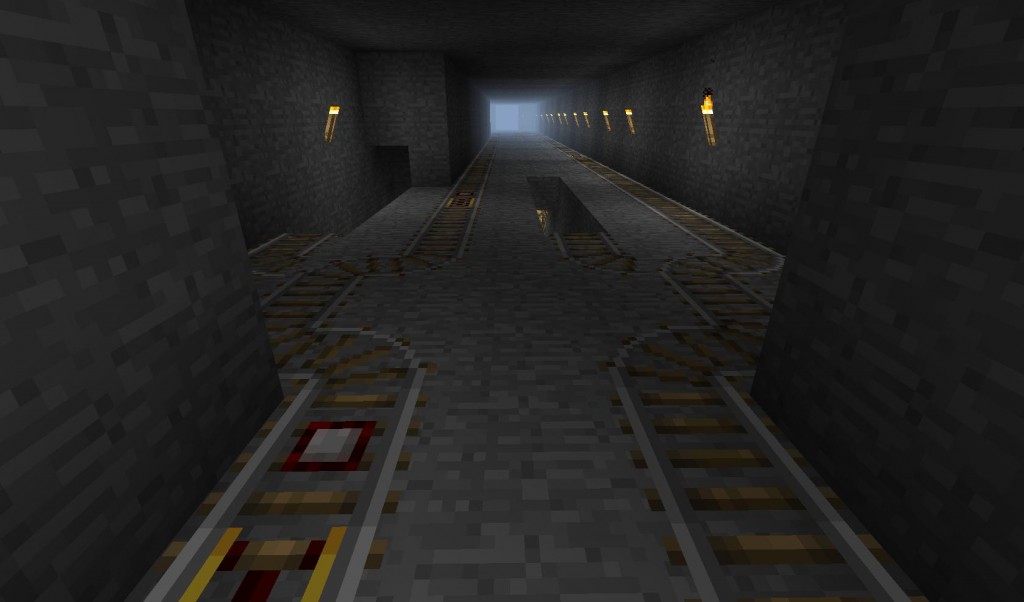 Don’t fret, there’ll be some amazing wonders and cubistic structures to get you all happy in your pants. Because I know you guys like those sort of things!

When we first introduced the Server of Awesome it was in the rugged days of Alpha where there was only one biome, rails didn’t really work, speed rails didn’t exist, and if you wanted to do anything you had to walk twenty miles in the snow – literally.  We were overwhelmed by a flood of some of the most amazing players the Minecraft world has seen. Your ingenuity and raw brute building energy tamed this blocky wasteland with nothing but your fists and your wits. As new updates came out and Notch gave us new and exciting features, he community banded together to make living on the SoA a little easier.

In the Beginning, Brandon made a sky-bridge!

Some of you might not remember, or have even known that the SoA was originally Triforce Mike and Brandon’s own private server. Together, they began the taming of the frozen tundra and when Nerdy Show needed a server they provided theirs! Brandon loves to take on massive and monotonous tasks for the creation of expansive, stark structures. In addition to the Fortress of Awesome’s massive walls, one his additions was the vast sky-bridge that took you directly to his lava city, aptly named Satan’s Business Plaza.

Other than the sky-bridge there were also a vast number of foot paths. When the SoA started to expand, and more blocky terrain was being conquered, players made many paths to make travel more convenient. For aquatic travel, they cut into ice to make boat travel a lot easier. And thus the humble lanes and by-ways of the SOA had begun. 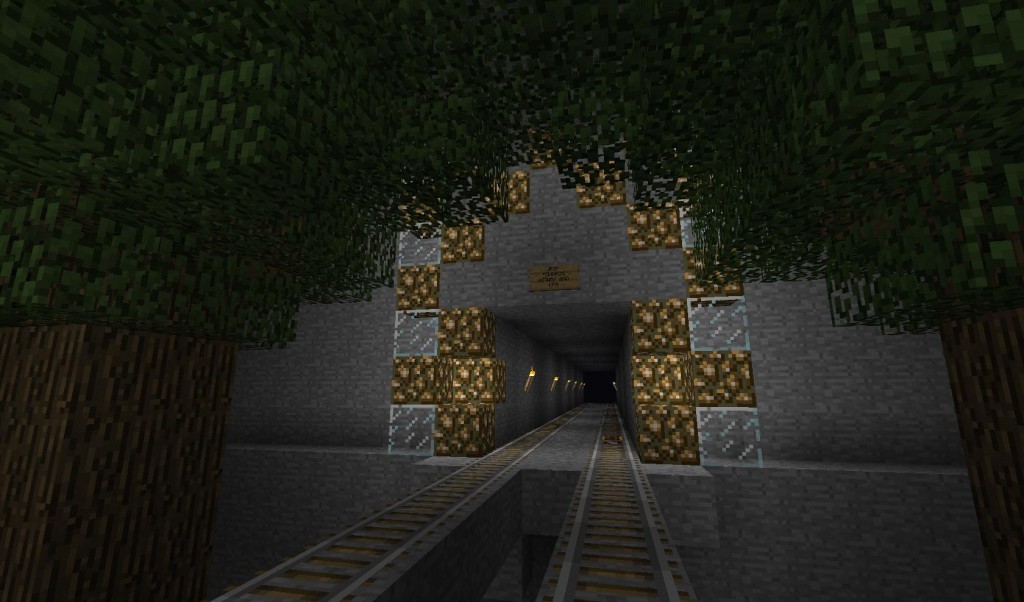 But wait, what happened next?

As the SOA started to expand with more players and more structures there was a considerable boom in paths and bridges. An eastern road popped up to lead us to Skull Island, and a vast and tremendous sky-path was built across the entire SoA. This sky-path linked the eastern and western borders and making travel considerably more convenient. Subways started to pop up everywhere, incorporating some glitches to make pre-speed rail travel possible. Many subway tunnels were being built long before true railways were even within reach. As true railways became more and more of a possibility some of these vast tunnels were modified to for a number of railtracks going in multiple directions. However, in the age before minecarts, there was another way to travel vast distances, very fast.

When they weren’t glitching out, traveling by boat was always a very fast way to travel.  But how could one get the speed of boats over land? The answer was flumes, and we have Bferlin to thank for that! His flume currently leads from near spawn all the way to the Castel de Nerdyshow by way of a leg built by Kaosubaloo (Kao’s Fmule). You can find entrances to the Flume all over the SoA. 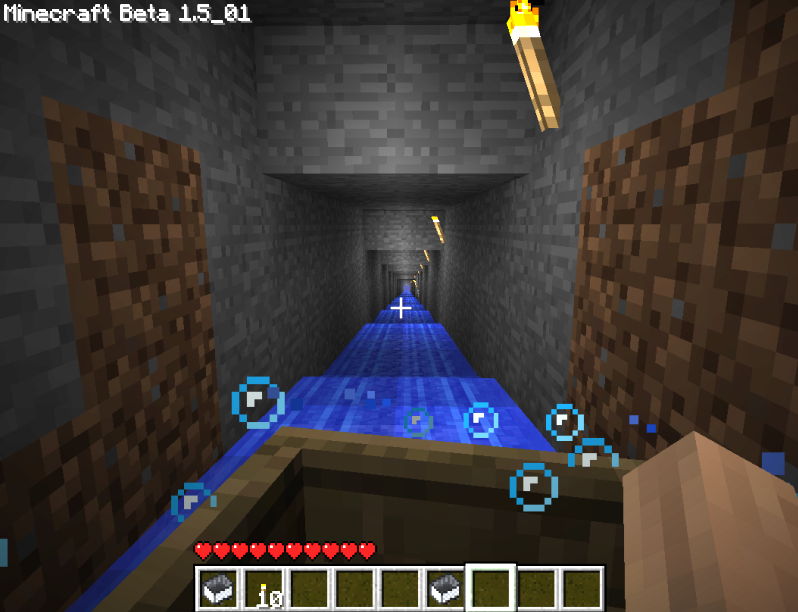 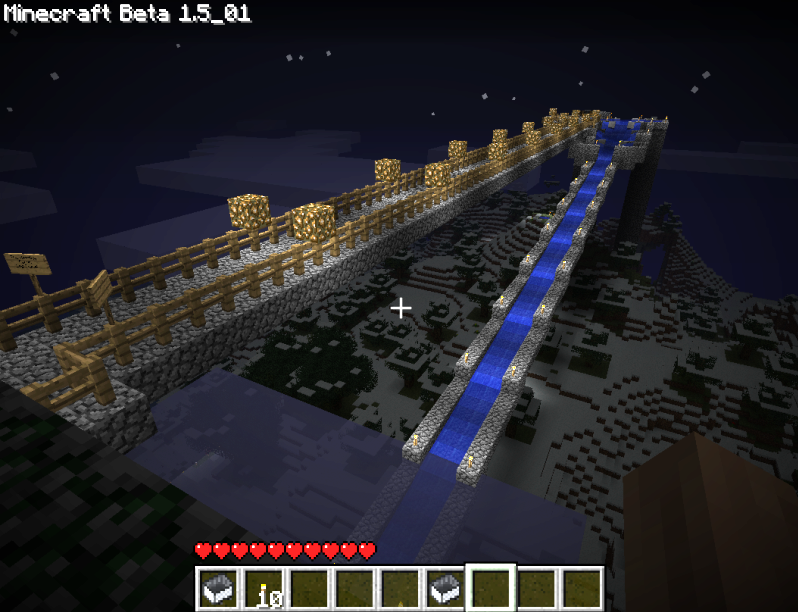 Here is a map of the general area the flume transit covers. 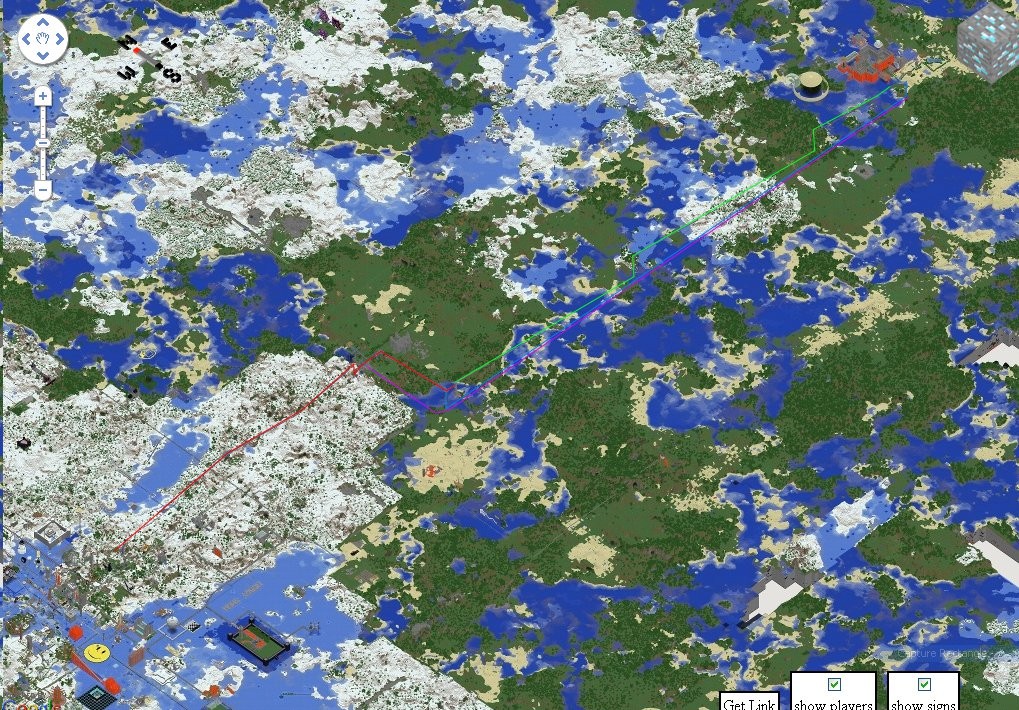 Sadly since 1.6 flumes are no longer effective. But they will live on in our hearts as a fun and exciting form of transport.

Bumpity Bump and into the Nether We Go!

With the advent of power rails, minecart traveling became practical. The rail system was updated into a highly functioning network with the new speed rails installed on all major track.  At last it was possible to travel massive distances via scenic motorized transit! The Server was bustling with minecart travel until a the next update came out and turned the Nether into one of the most efficient forms of travel. How much more efficient? Oh about eight times more! Since the size of the server has made it impractical to turn monsters on, the Nether is only dangerous if you’re prone to falling in lava.  A huge effort was put out my Mechsrule1 and even Nerdy Show’s own Jon West helped out to create a great subway system that would let you travel from spawn to just about where ever you wanted to go in a fraction of the time! Thanks guys! 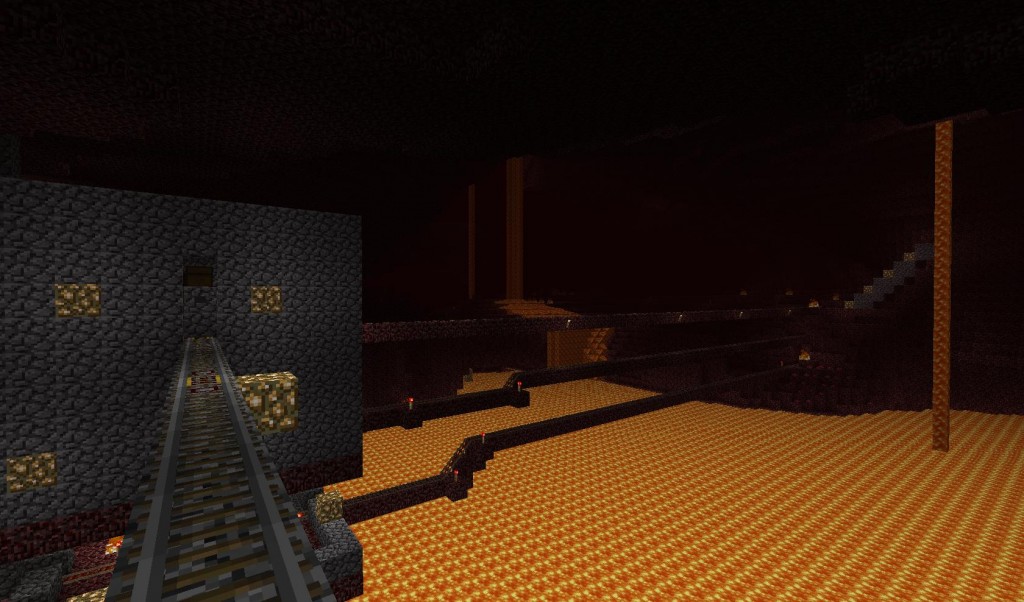 But is that the end of the progress of transit on the server?  We’ll see.  Maybe at some point it’ll become practical for us to turn monsters on.  Then the Nether rails will need serious fortification.  Surface world rails are still the best way to take in the many brilliant sights of the Server.  Below is a map of the various rail systems. This map is far from complete, go to this thread to post additional rail lines for us to add. 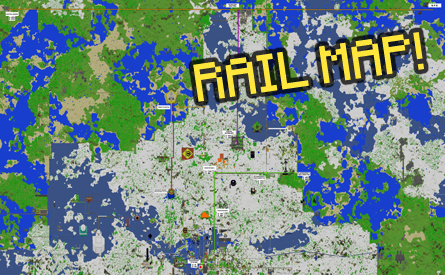 While we’re posting maps, below is an older map made by B1Brigade of walking paths and various key landmarks on the server.  Some names and credits are incorrect on the image, so check this thread, for full details and structure credits.

There’s been an influx of towns on the Server. I always feel like I’m visiting some far off land when I stumble on a town I’ve never been to before. Nowhere is not just a simple town, it’s a town that was based off one of Terru5‘s dreams.  He found a spot far away from it all and built a magnificent cathedral, the Cathedral of Nowhere!

Here are some pictures of the cathedral before the magnificent town was created around it. 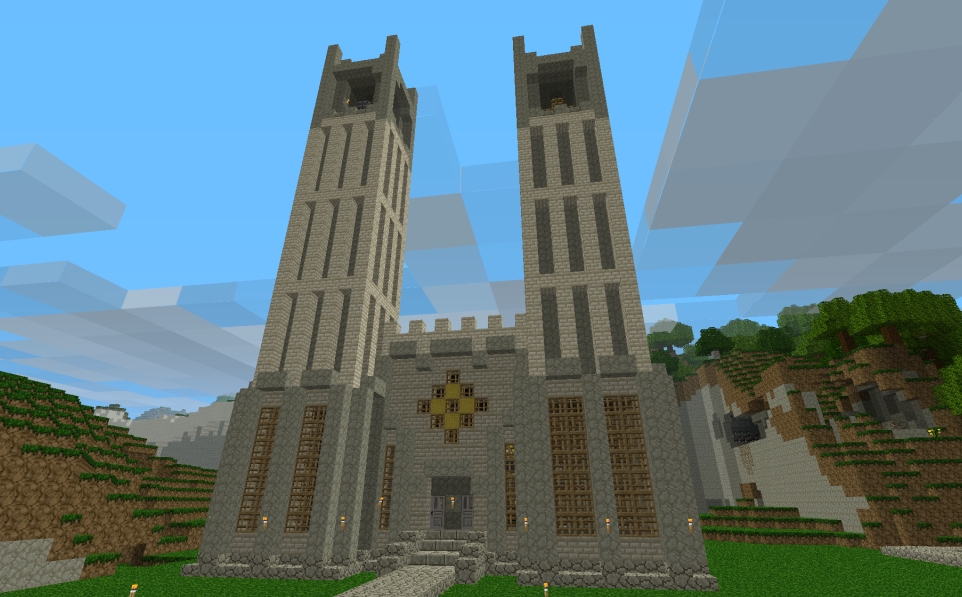 A view from the front, GLORIOUS! 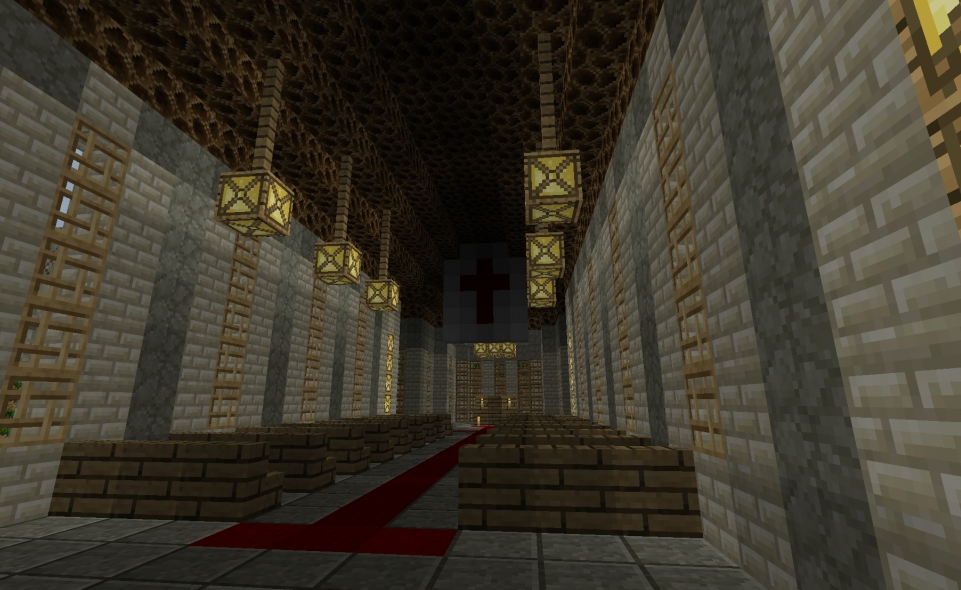 Inside you can see the Templar’s banner, soaring above the pews! Sinners beware of this holy chamber! 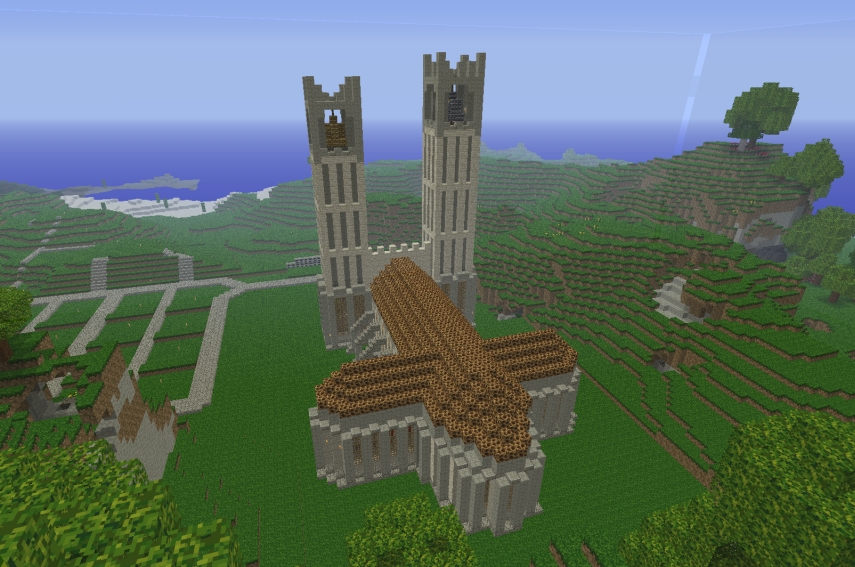 A bird’s eye view from above shows you it’s fantastic construction. If you were to look at it from this view point now you would see a lot more development.

The town now has a blacksmith’s, a town hall and you can even barter for plots of land to build your own dream home!

Here is a picture of a more developed Nowhere. Very pretty indeed! 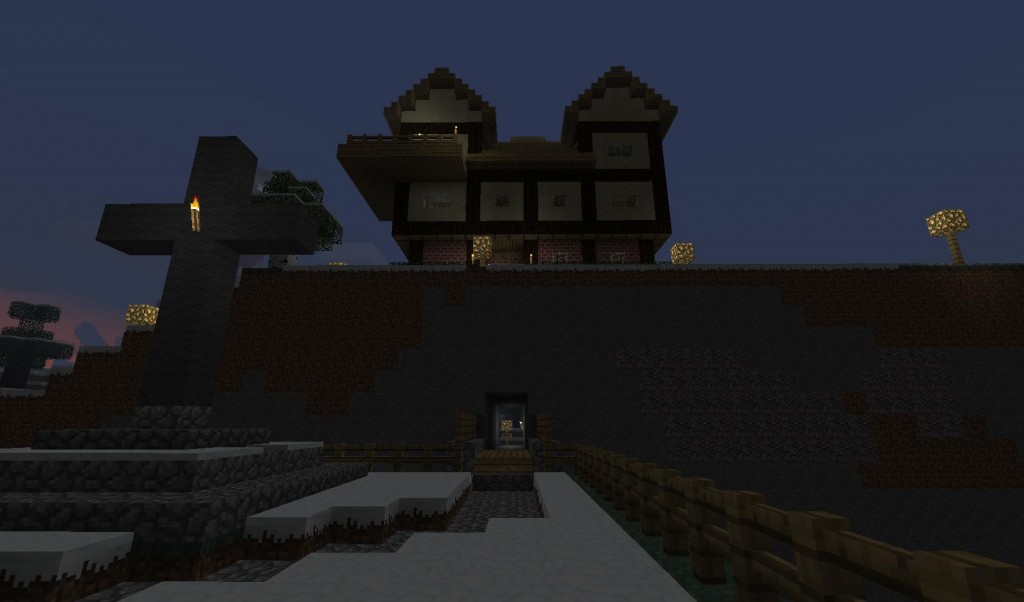 A grand house at nightfall 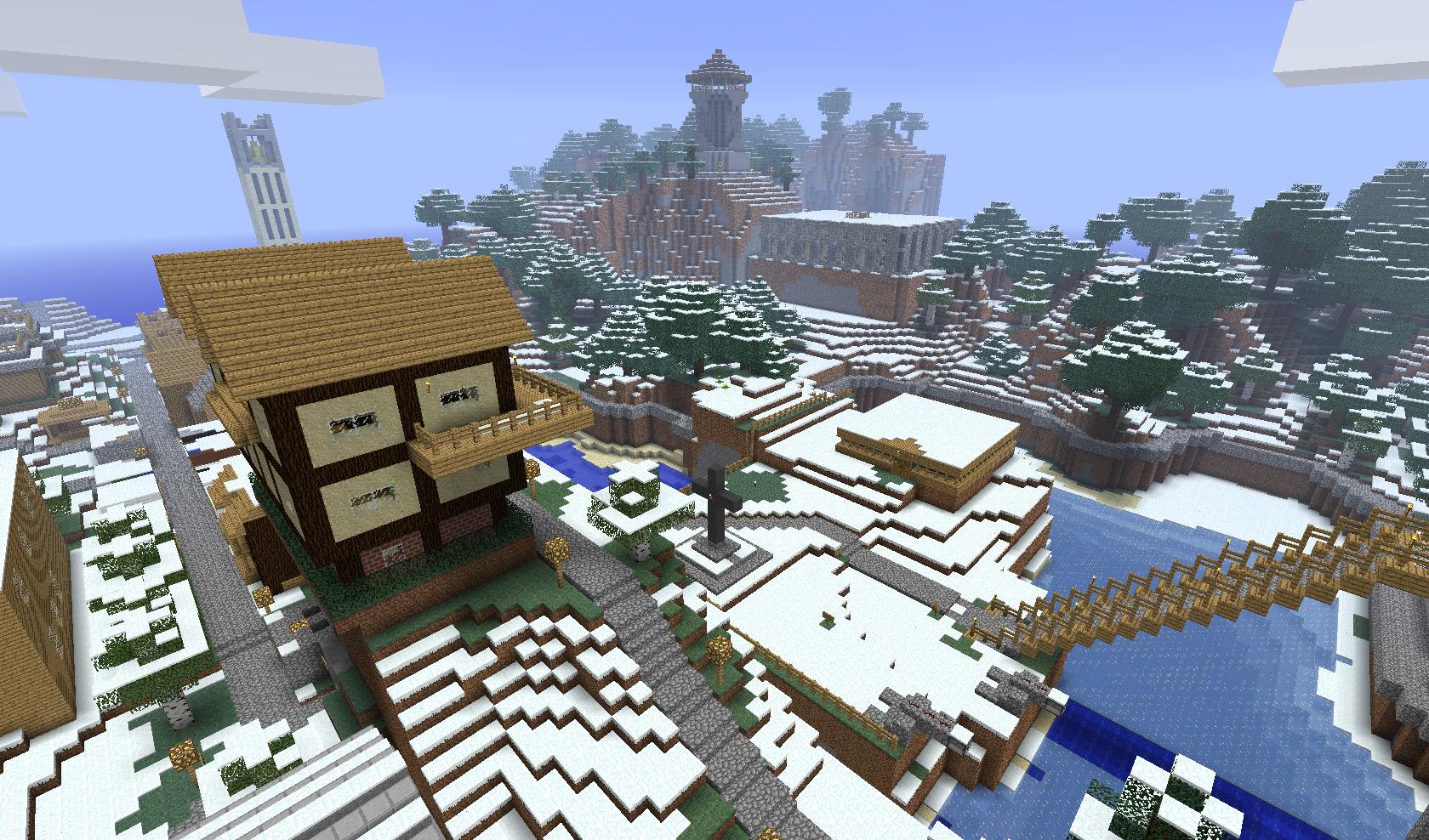 Nowhere is very far off, not for the faint of heart. So if you enjoy a good journey, make your way over and see what it has to offer!

The Land of Fleece and Fleeing

Epic towns aren’t your cup of tea? Do you like vast lands filled to the brim with unsorted adventure? Then check out The Land of Fleece and Fleeing! Kaosubaloo just loves to get his hands dirty in our digital frontier! (remember Mount Creeper?). Here are some of the random screen shots from this chaotic world. You can see more screenshots here. Kaosubaloo also is known for elaborate and entertaining series of postings based off of his creations. Look to the forums to see what he has in store! 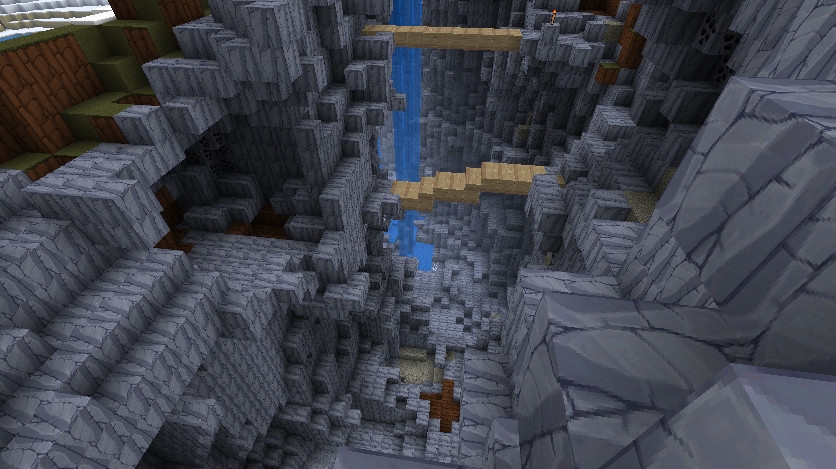 In the depths of this elaborate land are many secrets, rooms and treasures. 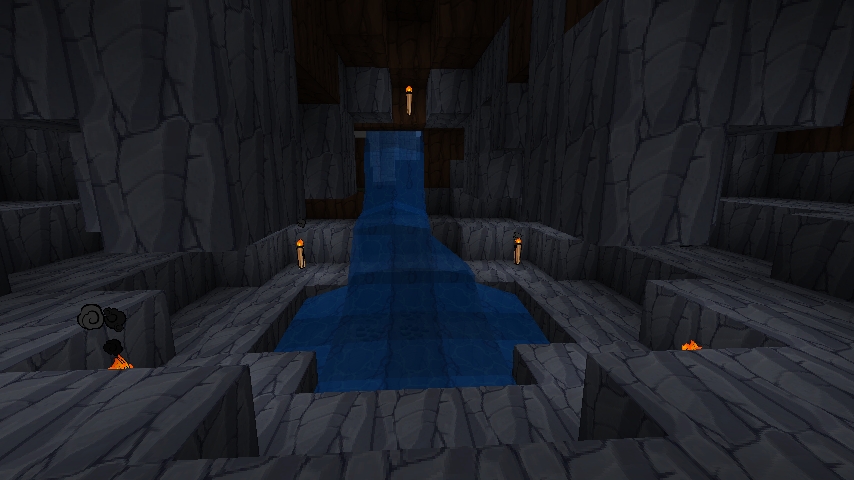 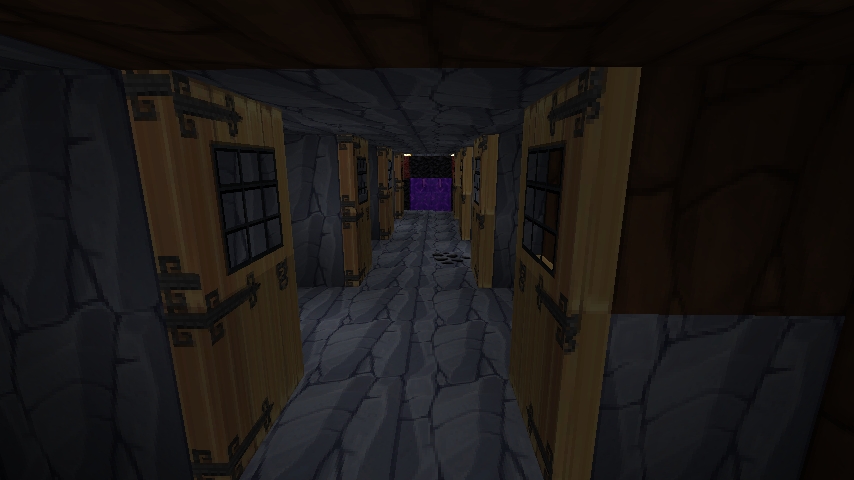 I wonder where this hallway leads? Possibly to a Nether Gate?

Such a treacherous and unsettling land. I wonder what other secrets and mysteries it holds…

Feeling a bit lonely on your journeys?

Well Rotherian made everyone’s faithful companion and dare I say their best pal, the Weighted Companion Cube! Just the friend you need on those lonesome travels! 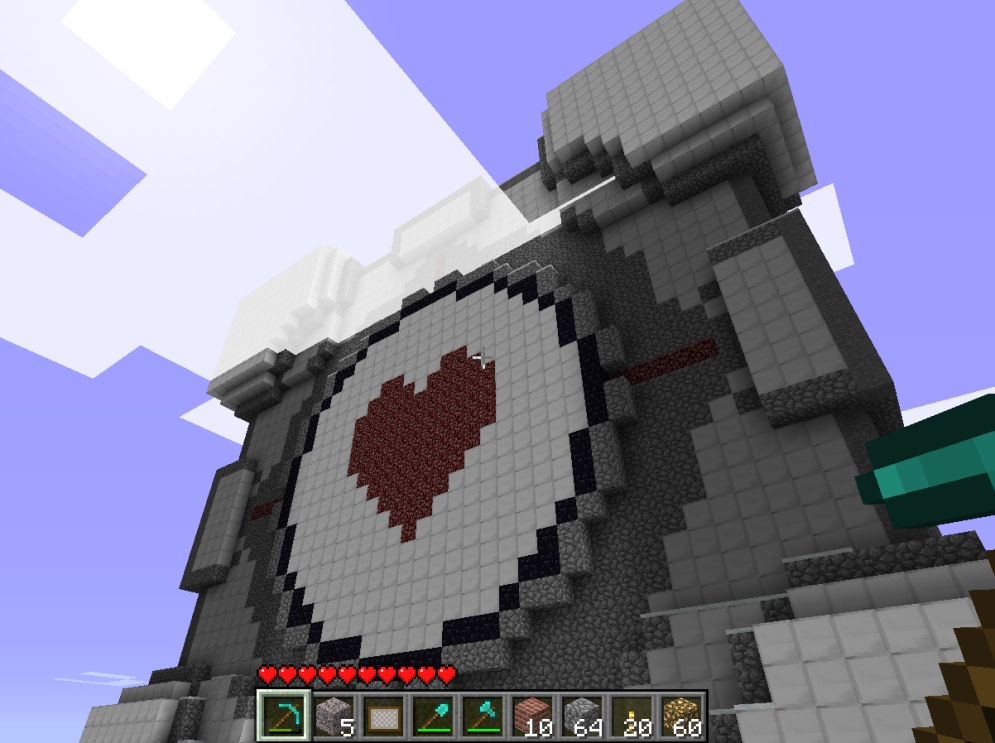 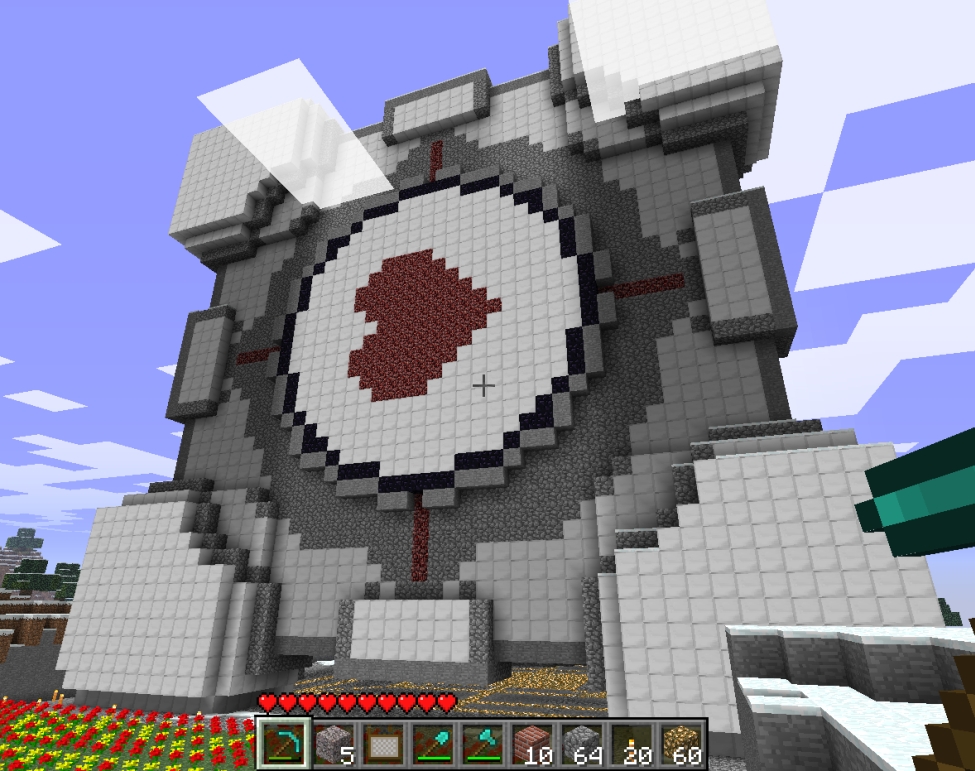 Is your one-stop shop for all key SoA info.  Check there for the current IP address and other info like contests, our article cache, maps and more.

Alas, the upload speeds and designated IP address don’t come cheap! We’re a donation-funded site, podcast, and server so if you’d like to contribute to keep Nerdy Show and the SoA alive, please do ! If you want your donation to go straight into improving the Server of Awesome just let us know! (Be sure to leave a note with your donation) You can score some swag and help support the show by picking up the Nerdy Show logo shirt, our Dungeons and Doritos shirt, or our special offer of two shirts for one great price!!! With these shirt-powers combined you can, well… be awesome!

As always I love to know what you guys are up too! And I can’t explore this vast territory on my own! Send pictures, stories, current and future projects to me at ckrickett@nerdyshow.com!