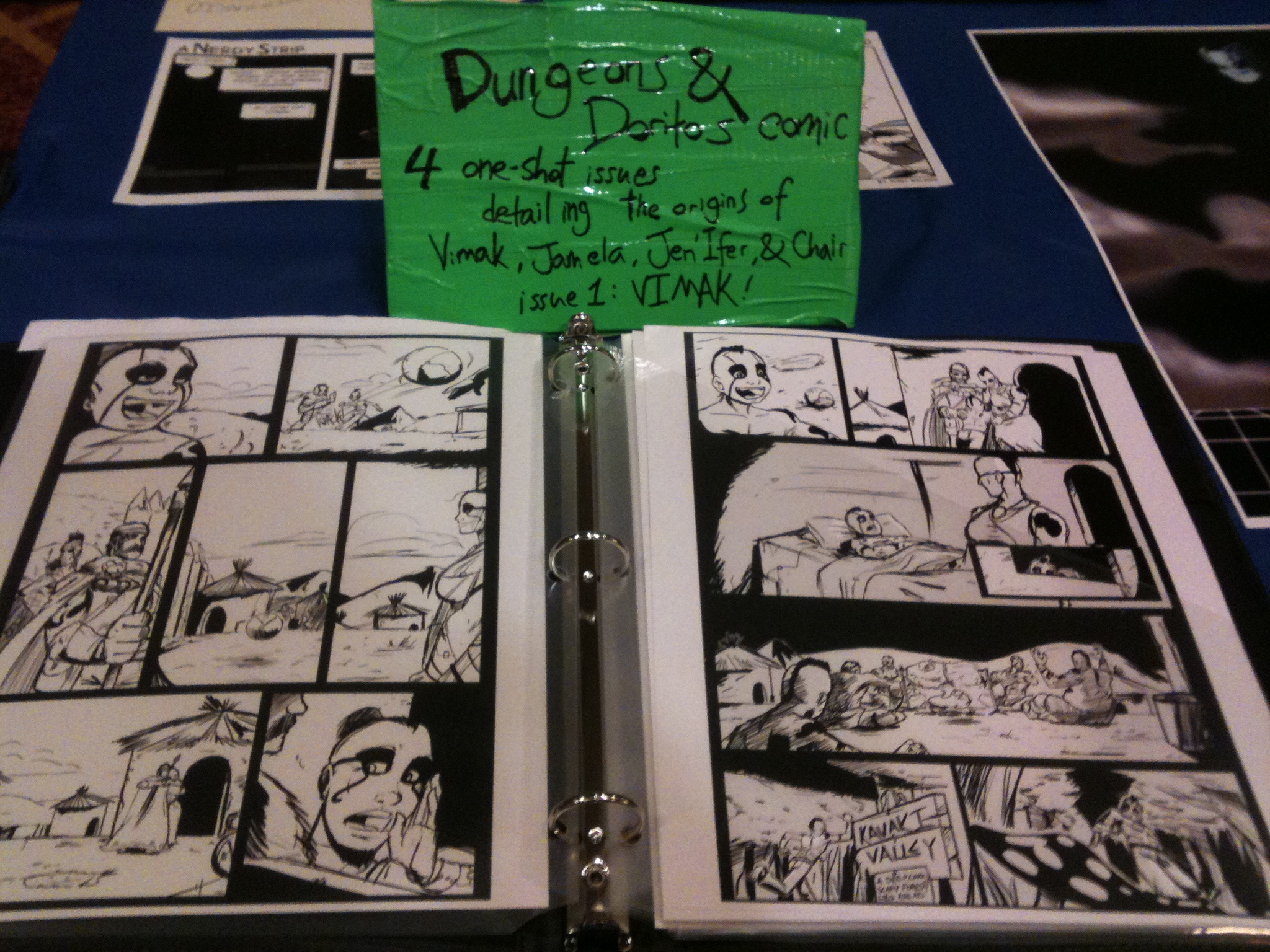 Perhaps you remember the above image from our Nerdapalooza 2011 photo article.  It was at that event that we announced the Dungeons & Doritos comic. It’ll be a series of four 1-shots each featuring a different character, explaining how Vimak Jamela, Jen’Ifer, and Chair got together prior to their first quest.  The first issue is dedicated to the origin of Vimak. Tony Baldini is on art and had roughs of the first six pages on display at the festival.

At first we were gonna send these out to donors in August who donated over $25, and we did, but since the July and August episodes of D&D are taking a little while to come out we thought we’d release these in the meantime.  Keep in mind that these are working drafts and may appear differently in the final issue. 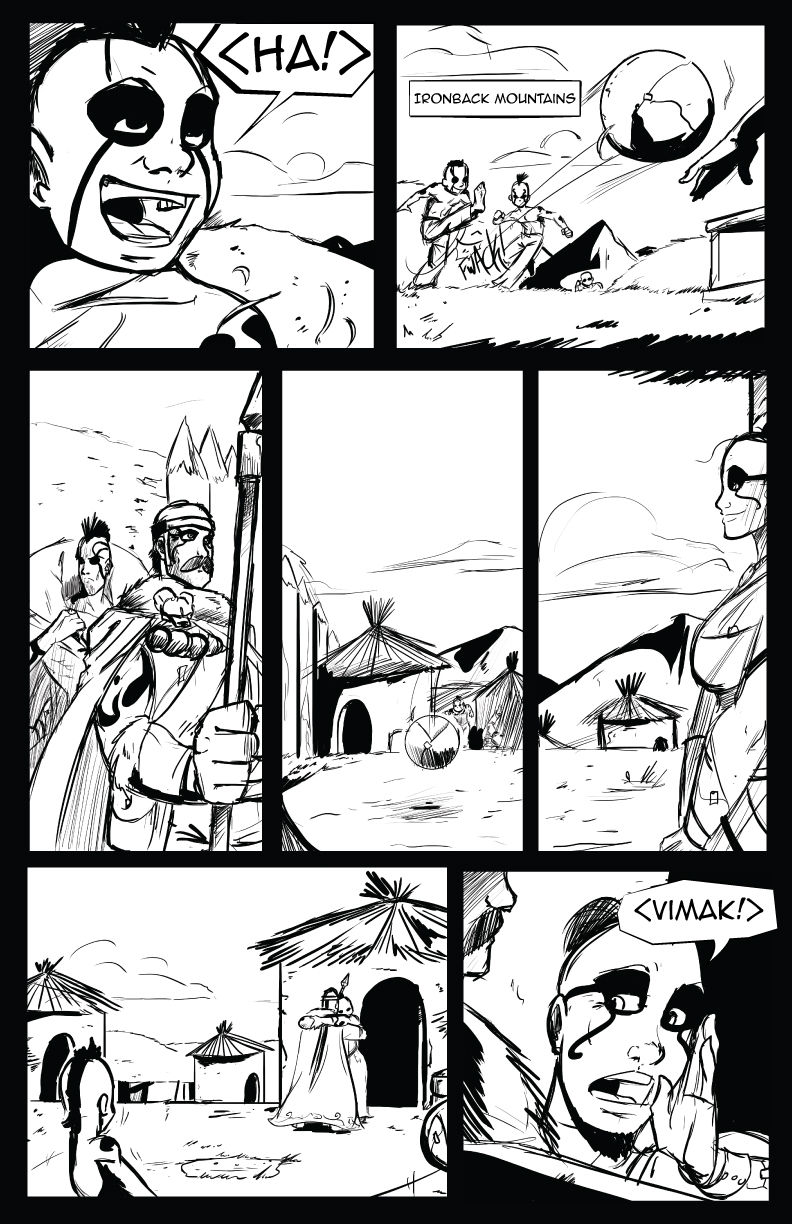 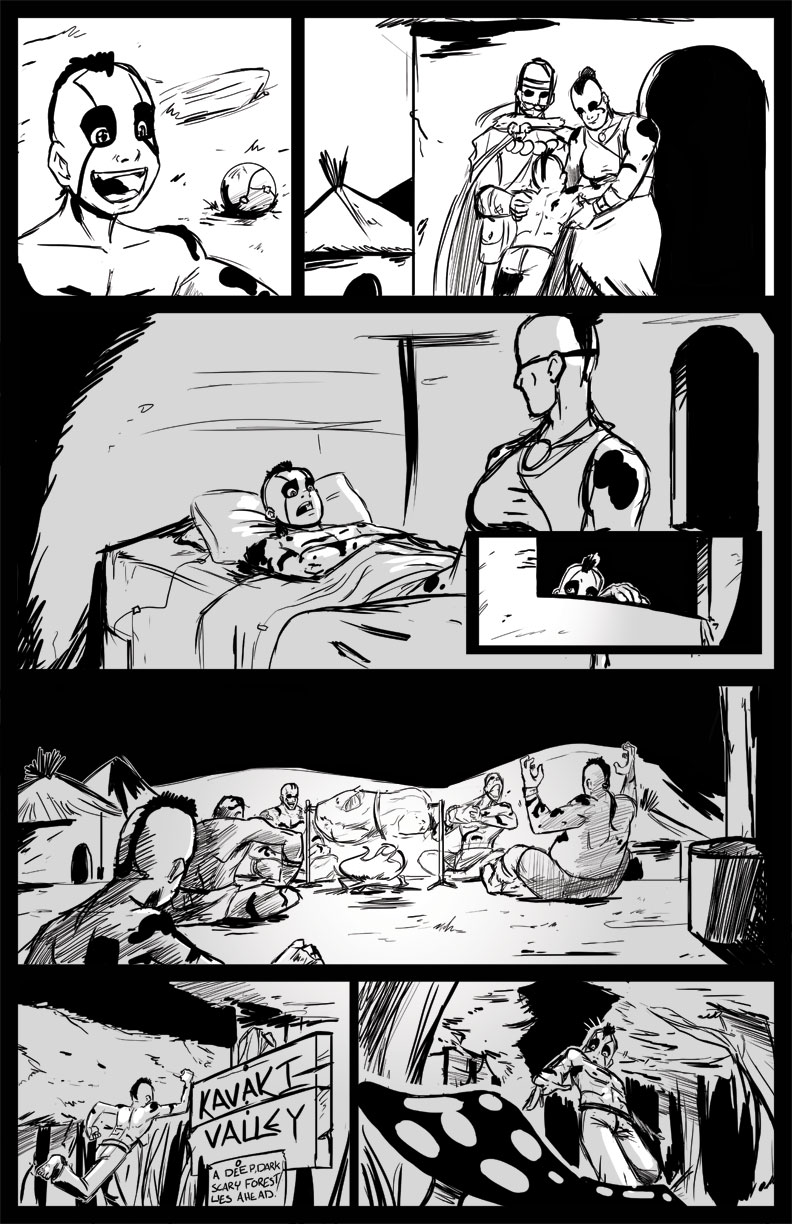 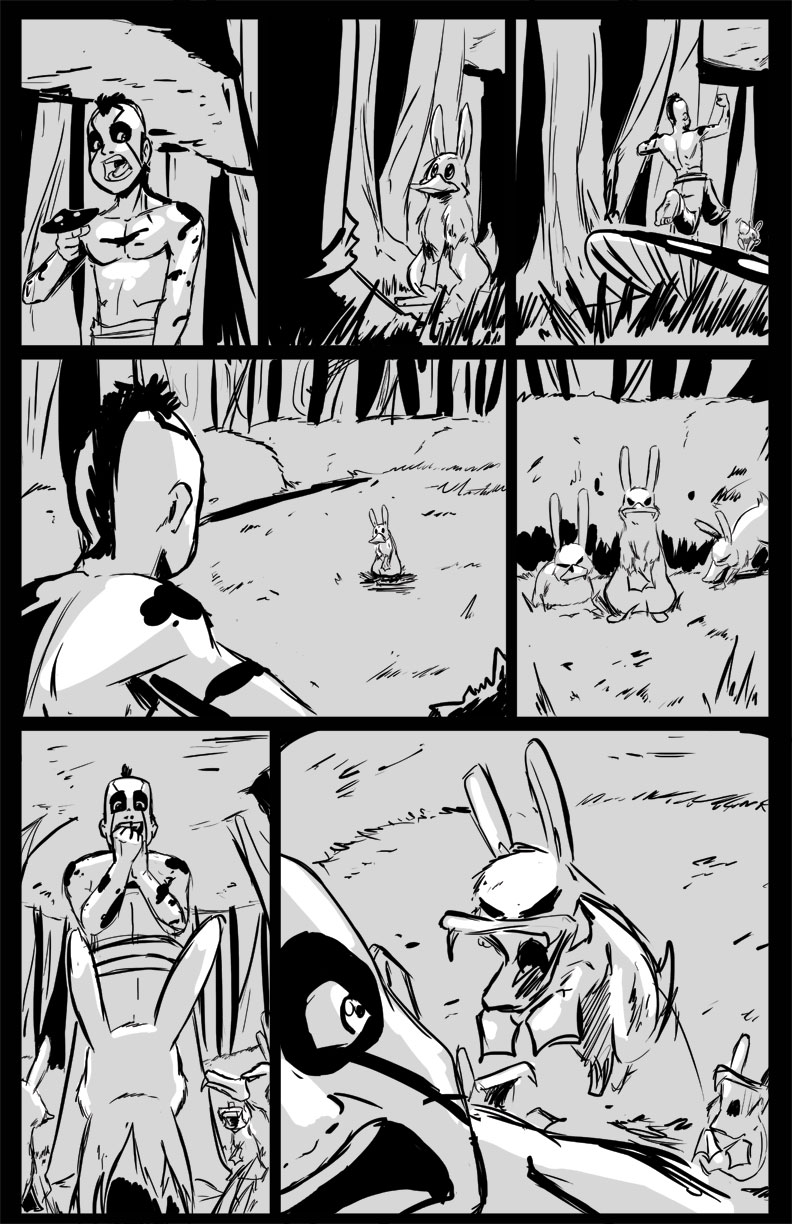 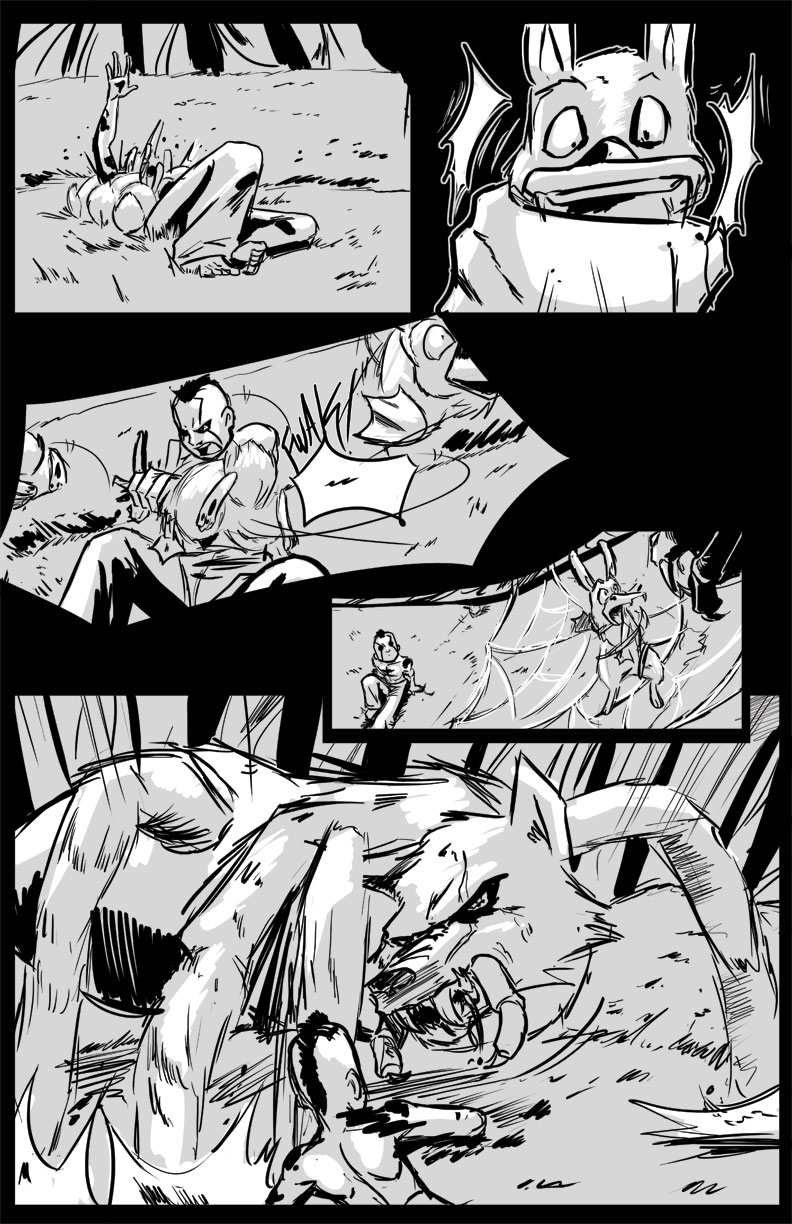 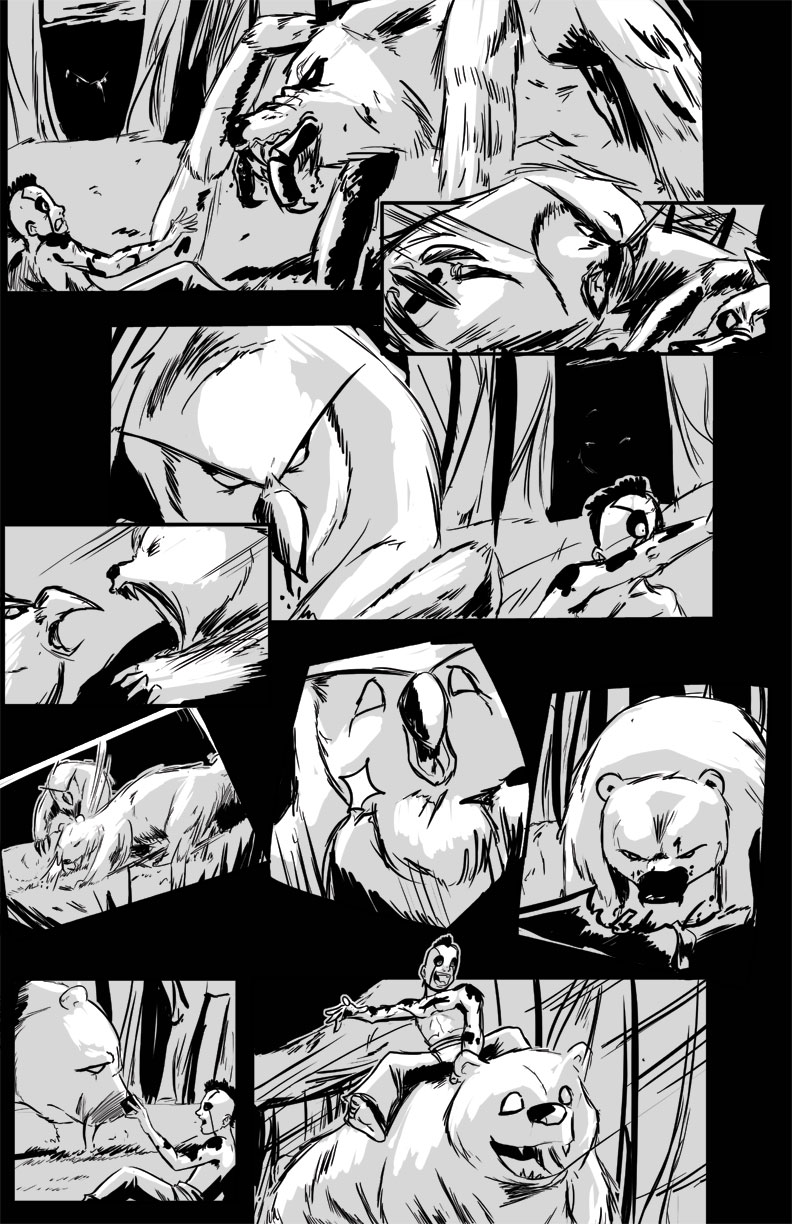 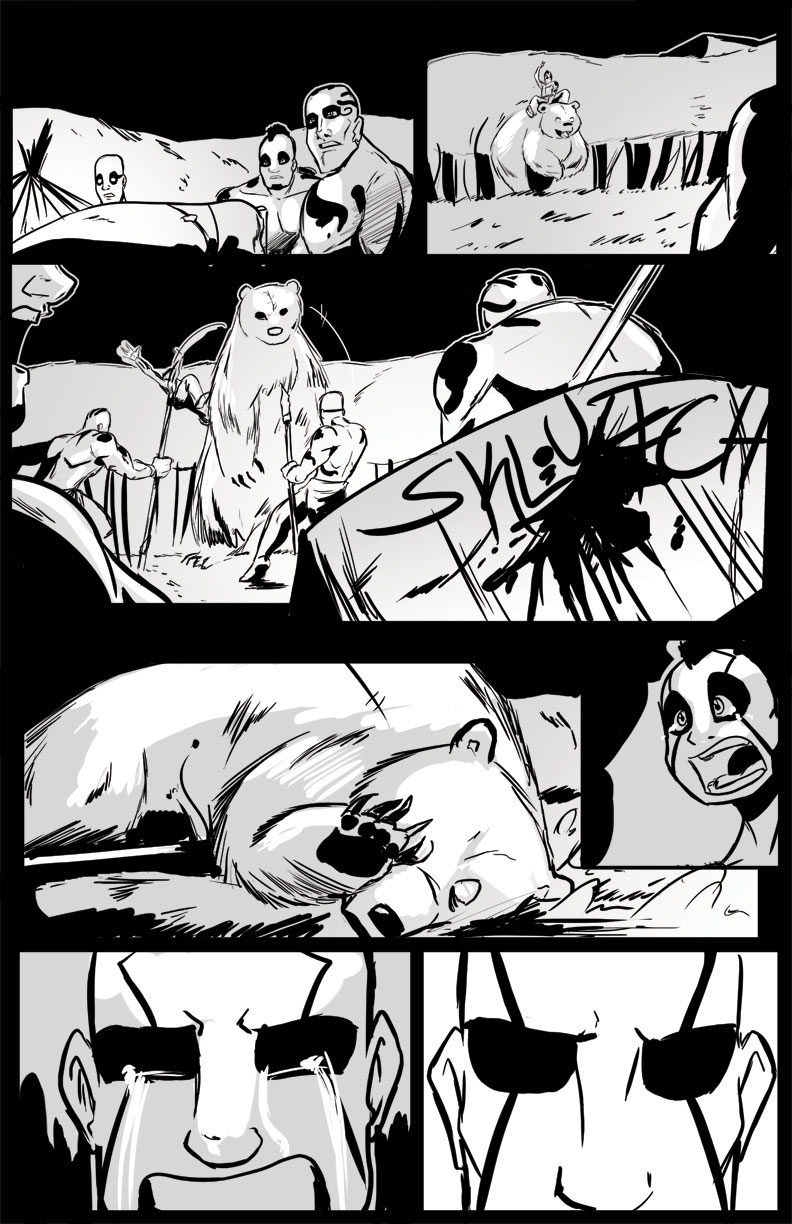 So there you have it!  Roughs of the first six pages of issue one of the Dungeons & Doritos comic.  Look for more preview pages in the future and new episodes of D&D real soon!