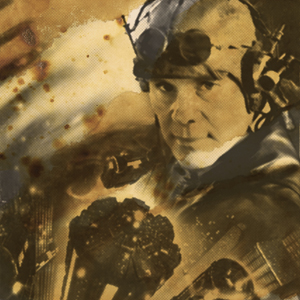 Alternate realities are clicking in and out of existence with every breath you take. Our 2019 might not come close to resembling its Blade Runner counterpart, but couldn’t it have?  Think how simple shifts in the outcome of World War II, an already globe-reshaping event, could have altered our collective existences even further.  Exploring alternate realities is the very essence of fiction, and in an age where video games are bleeding into every day life, fiction has become a part of the everyday.  Stepping directly into alternate pasts and alternate futures, via our increasingly augmented perceptions we can learn more about ourselves, our present, our futures, and even our pasts.

In this episode of Nerdy Show we tackle these heavy themes via two incredible discussions.  First, we interview synth music legend, Thomas Dolby and alternate reality game designer, Andrea Phillips (Perplex City) about their recently-launched web game, A Map of the Floating City.  Dolby is on the verge of releasing his first studio album in twenty years, and for the occasion he’s created a totally unique alternate history online game with brand new tracks hidden in it.  They share with us the origin of the game as well as some secrets about how it works, Dolby discusses how he built his own synths growing up, his film scores, and Andrea shares with us the core concepts behind transmedia gaming, where  the future of AR gaming is headed, and how fan fiction is a powerful tool for interactive creativity.

Next we have Luke’s Late to Everything, our reoccurring segment where special correspondent, Luke McDuffee shares with us his first time experience with something important and nerdy that he’s totally missed out on.  The subject for this episode: Philip K. Dick’s sci-fi novel, Do Androids Dream of Electric Sheep?, the text that Ridley Scott’s Blade Runner is based on.  We rant about Blade Runner all the time, so it’s only fair that we’d give the source material some love.  We discuss the novel in depth as well as the graphic novelization of the book, other Blade Runner books, the video games, and the movie, which Luke also saw recently. When it comes to questioning your place in reality, what’s real, what’s not, and what it means to be human, Dick is a master, and by the end of this segment Luke demands to know what we truly feel about the humanity of skin jobs… All that plus some robotics-centered sci-tech.  Tune in!