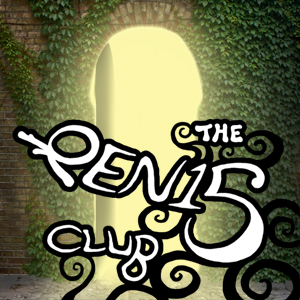 BECAUSE YOU DEMANDED IT!

We joked about our listeners having us do an episode about dicks.  Heck, it’s the Internet.  Isn’t “dicks” the default answer to everything?  Clearly we shouldn’t have joked lightly, because you guys manned up (even the ladies) and shelled out your hard-earned cash to hear us spend an entire episode talking about what we already talk about for free: dicks. Not people named “Richard”, not jerks with bad attitudes, but penises engorged with masculine might.

Just as we promised, we’re treating this topic with the utmost seriousness.  This is a lengthy episode that will leave you filled with carnal knowledge and your brain oozing with zillions of tiny factoids.  Join Triforce Mike, Cap, Brandon and special guests Lefty Lucy (of Epic Win Burlesque and Dungeons & Doritos) and Jarrod and Oral of Flame On! (with The Question popping in for a hot minute). We discuss the science of penises, cocks in history, mythology, and fiction, socio-political schlong issues, and listen to some dick-centric tunes that’ll have you jerking back and forth.

We interview a surgery technician about the medical side of penises and things get gruesome, but the cringe-inducing conversation doesn’t end there we talk to Georganne, the executive director of Intact America a group opposing the often debated male circumcision.  Sensitive topics to say the least.  We go in gently, but aren’t afraid to keep a firm grip on the issues, like what different kinds of animal penises look like, how cool Mike’s penis is, and why Brandon thinks that penises look like Tremors. Thrills, chills, and nerdy, pervy hilarity no one but Nerdy Show could unleash. Click play and get the good hard dicking you’ve been waiting for: