Geek Cr3d: What They Don’t Tell Engineers About E-Textiles

I’ve introduced Jessica before, but it’s been a while so allow me to do it again!  You may remember her from her Maker Faire 2010 photo article , or when she joined us on a recent episode to talk about the Maker Faire 2011 festivities. Jessica is a legit tech nerd.  She’s got a background in engineering and works for none other than microcontroller super power Parallax Inc. (not the yellow impurity). She makes tech demo videos that bring microcontroller and robotics lessons to classrooms around the world and Geek Cr3d is her personal maker blog.  Join Jessica for forays into D.I.Y. electrical engineering and cool projects that you can try out along with her!

UPDATE: Jessica’s video series was nominated for a 2011 Makey Award! The Makeys are sponsored by MAKE Magazine – the biggest fish in the D.I.Y. electronics world. Vote for ‘Parallax Inc.’ under ‘Best Educational/Outreach Program’ and give a nerdy girl some props! VOTE

If you’re like me, you’re an engineer who thinks this whole E-Textiles craze is pretty awesome. It’s a chance to quite literally wear your geekcr3d on your sleeve.

But if you’re also like me, the extent of your sewing skills is limited to re-sewing buttons and maybe sewing up holes in shirts. So the part that makes you nervous about getting started with E-Textiles is not the circuity but the stitching.

To overcome this hurdle and like any good bookworm starting a new hobby, I picked up a couple of books to help me get started: Fashion Geek by Diana Eng and Fashioning Technology by Syuzi Pakhchyan. I highly recommend both books – not only to they teach you the basics of sewing, but they also give you great project ideas to help get you on your way.

I decided to start easy with an embroidery pattern for a shirt of a robot with two LEDs for eyes from Fashion Geek. I didn’t have any tracing paper, so I decided that a carbon copy slip from my checkbook would do in a pinch. It worked out pretty well, although my sewing could most certainly stand to be improved. 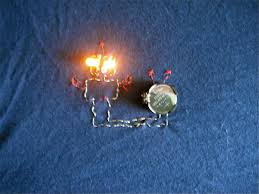 What They Don’t Tell the Engineering-Types

In my first E-Textiles experience, I definitely learned quite a bit about the “soft” side of soft circuits. Some of this may seem like common sense, but for someone who has never sewn much of anything, I most certainly learned some lessons.

For this project, I just picked up the first suitable T-Shirt I found from Target. However, the fabric was incredibly thin and stretchy so when I took my carbon copy pattern off, the fabric scrunched together and I had a couple of shorts. When I wear the shirt it gets better and stretches out, but I would certainly choose a thicker and less-stretchy fabric next time.

A different fabric would have also allowed me to keep my stitching neater on the back of the shirt as well, allowing me to better keep power and ground threads separate.

Even though this is a simple pattern, I quickly lost track of which tie-offs were ground and power. When breadboarding or soldering to a proto board, I can use different colored wires to separate connections. With E-Textiles the thread is always the same color, so making a black or red mark on the thread would certainly help.

Use an Embroidery Hoop

Maybe it was because I was using a slip of carbon-copy paper instead of tracing paper or maybe it was the fabric, but it was incredibly tricky to keep the paper precisely lined up with the fabric – even after using several pins. When I was a kid, I used to do cross-stitches with my grandma over summers in Wisconsin, and we used an embroidery hoop to hold the fabric in place. I kept thinking as I was sewing that it would be incredibly useful, so I plan to pick one up and use it in the future.

Normally the advice for starting a new hobby is to start small, but in this case a larger pattern would have been much easier to work with. The pattern I chose was relatively small, so it required some maneuvering and it was tricky to place the thread to avoid shorts. In the future I’ll be able to match fabric choices with pattern size. 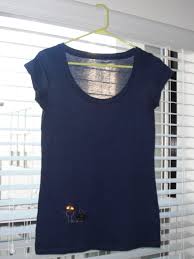 In all, I’m really happy with my first E-Textiles attempt. But there’s definitely much to learn about sewing, fabric choices and general seamstress-ing. Stay tuned for my updated in my attempts!