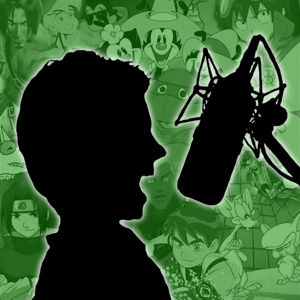 When it comes to animation – voice actors define a character.  Sure, there’s the writing and the animation, but it’s the voice that really sells the character.  What would the Looney Tunes be without their iconic voices bringing each of those characters to life?  What’s the difference between a good anime dub and a bad one? It’s the voices.

As nerds we’ve created something of a fandom surrounding voice actors. Giving these men and women of a thousand faces the celebrity following that they deserve.  And they so deserve it – they get all the cool roles.  Spastic rodents, ninja turtles, warlords from space, magical ponies.  Not even Johnny Depp has been a magical pony.  True fact.

In this two-part Nerdy Show Prime episode, we celebrate voice actors, their legacy in animation and other mediums. We discuss the history of voice acting, famous voice actors, defining roles and interview some greats of the field.  In this first episode we speak to the legendary Rob Paulsen, whos voice has dominated  American animation for the last three decades, as well as Yuri Lowenthal, rising star in all fields of voice work best known for being the Prince of Persia and the voice of Ben 10.

This episode is our first fan-commissioned episode!  Our hats are off to Byron McIssac and Ross Butler who donated in our April donation drive to their chosen topic of “Voice Acting” and made this episode a reality.  Big thanks to them and all donors since for supporting the show and helping us bring you amazing episodes like this one.  We couldn’t do this without you.  <3