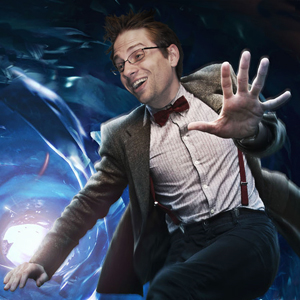 To tide you over until the new FULL episode of Nerdy Show, Triforce Mike imprisoned Hex, Cap, Tony, and Kristin and forced them to talk about the new season of Doctor Who. Well, okay, not forced.  The good Doctor is sweeping the globe in new-found popularity these days and the only Nerdy Host who’s not in the know is Cap.  If you’re into Who, get in on this!  If you’re not up on modern Who, Cap plays the dumb guy and demands explanations.  If you hate Doctor Who, GTFO.

This is all about the latest Doctor Who, Series 6.  Recorded after the airing of the first episode.  There were some major WTFs in that episode and we get into all of ’em.  If you’re gonna watch the show and haven’t yet… dont listen to this! We spoil the hell out of the first episode to get to the meat and postulate on the mysteries.  Basically it’s Mike and the gang going crazy on wibbly wobbly timey wimey stuff.  It’s intense!  So slip into your police box and hold onto your butts.