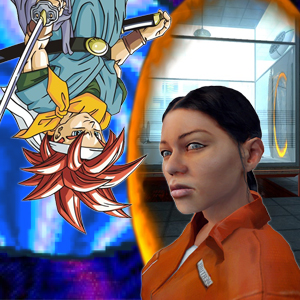 Portal 2 is one of the biggest game releases we’re going to see this year.  If you live in a major metropolitan area you’ve no doubt seen the billboards all over.  Yeah, it’s kind of a big deal.  The Portal series is a genre-bending mind-twisting phenomena, and we freaking love it. Join video game hosts Brandon and Jonna along with Cap, Hex, Jon and special guests Jonna’s Portal 2 partner Erik, and newly christened Nerdy Show correspondent, Luke McDuffee for a Portalrific episode discussing the new game.

But that’s not all, we get into some heated discussion over the latest things shakin’ over in video game land such as the Sony-crippling PSN hack.  We also debut a brand new reoccurring Nerdy Show segment: Luke’s Late to Everything. With Luke’s Late to Everything, our very own Luke McDuffee shares with us his experiences getting into something a bit… old hat – something everyone has read, played or done – any medium, and for whatever reason Luke has missed out on it… until now.  In our inaugural episode Luke takes on a doozy: Chrono Trigger.

MARVEL Vs. CAPCOM 3-on-3 Mixtape Melee 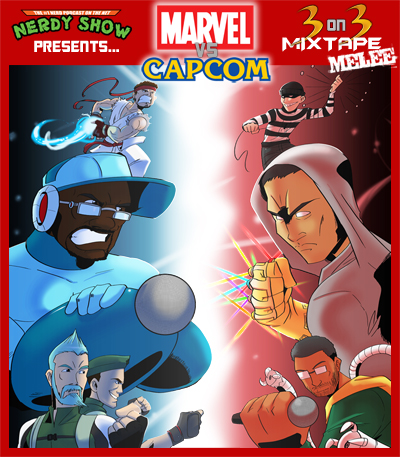 Click HERE for the RULES and get crackin’ skulls and droppin’ beats.