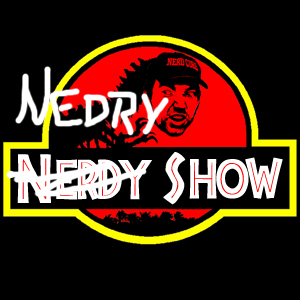 Edit 4/2: This is a sham!  We were hacked by Dennis Nedry and suspect that he was aided by The Lawnmower Man.  This was never a real episode, (though it is a pretty good idea) and we sincerely apologize for the torment that it may have caused.  Nerdy was apprehended, but the digital fiend, Lawnmower Man is still at large!

If for some reason you want to listen to this abortion, click HERE. The original text follows…

It’s Jurassic Parks‘ 18th birthday! Yes, Jurassic Park can now buy cigarettes. And to to celebrate this momentous occasion we’re digging deep into dinosaur lore. What, you didn’t know that Triforce Mike has an encyclopedic knowledge or dinosaurs? It’s true! Not only are we going on about JP’s awesomeness – and only the awesomeness, but we’re talking about the raddest thunder lizards to ever rock the planet, AND all the other cool dinosaurs in pop culture. You got your Dinosaucers, your Dino-Riders, your Carnosaur, your We’re Back! A Dinosaur’s Story, your Theodore Rex… the list goes on. So shove your ass in a dino-striped jeep and open the gates to adventure!