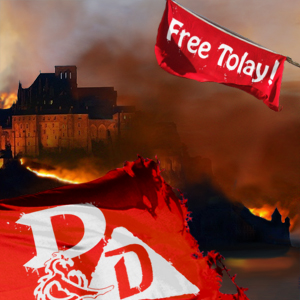 The tenth, and volume-ending episode of the side-project we never expected to take off: Dungeons & Doritos!  This series has grown into a mighty beast and this is our most exciting and action-packed episode yet!

The heroes find the city of Tolay under siege – overrun with the same hyena-men that attacked them when they crossed over into the mirror world.  Faces get smashed-in, new friends are made, secrets are revealed, and Jamela gets something she’s been looking for, for a long time…

If this truly epic episode wasn’t worth the wait, then top it off with the flavor-dusted, yuletide cheer of “Do They Know It’s Crunchmas?“, the D&D crew’s “hit” Holiday single.  Yum!  Oh yeah, and there’s new art below!

What are you waiting for!?

*No, we haven’t switched back to a large setlist – we’re experimenting with background music!  Tracks in bold are the tracks we play in full.

This episode, in addition to another track from the amazing Hipster, Please! compilation:  20-Sided Rhymes, we feature four tracks from Overclocked Remix‘s latest soundtrack remix: Threshold of a Dream, a tribute to the Gameboy classic, Legend of Zelda: Link’s Awakening.  OC Remix’s albums are more than run-of-the-mill compilations, they’re full reworkings and re-envisionings of entire game soundtracks.  This is their 20th, and one of their finest!  Do yourself and go download it.  It’s free! Just like the nineteen others, and thousands of individual tracks OCR hosts! 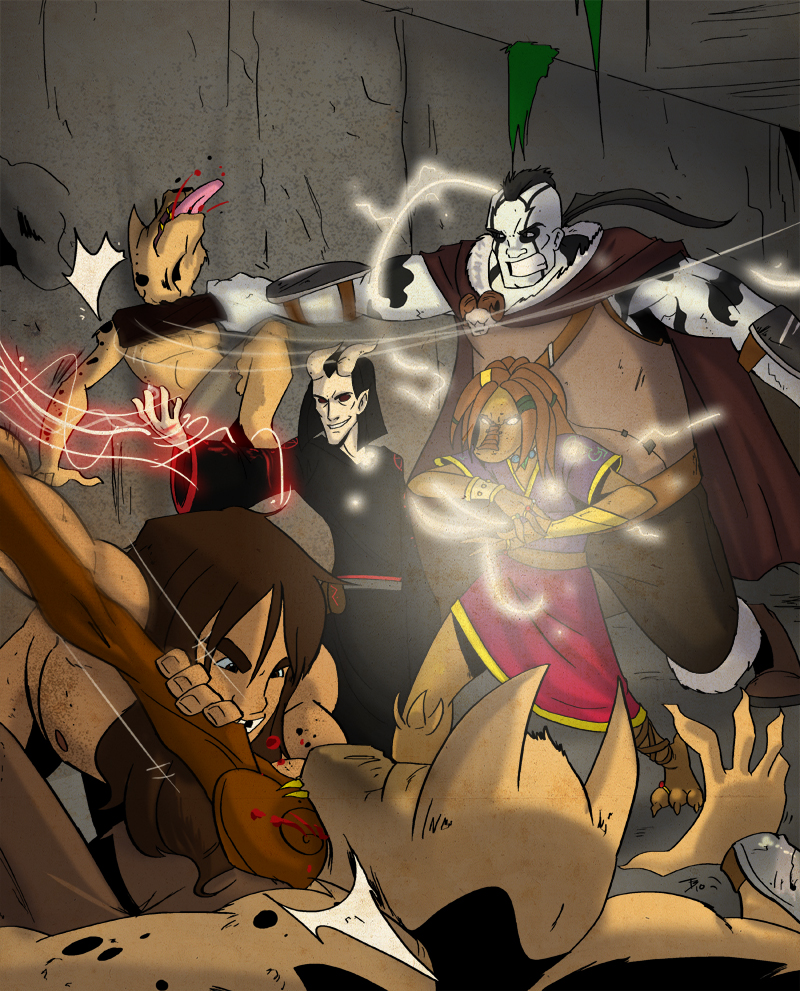