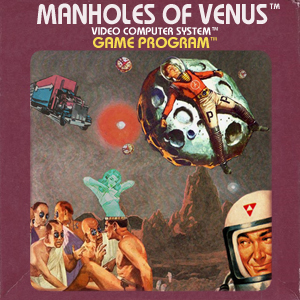 Nerdy Show comin’ at ya! We’re tearin’ down that space highway, haulin’ our 10 megaton truth bombs outside the galaxy and into your MINDZONE.  We ain’t stoppin’ for nothin’, ‘cept to make a pit stop at the best little whorehouse in the Kuiper belt.  But after that, you can kiss your cranial keister goodbye!  Yeeee-haw!

In this episode we hitch a ride with forgotten Marvel hero, Ulysses Solomon Archer, who Brian recently resurrected for his Infinity Gauntlet miniseries and then rake Brian’s brain over the coals trying to get him to divulge info on the latest volume of Atomic Robo.  Our Robo tangent extends beyond the comics segment and into sci-tech where we proceed to slander and defame Thomas Edison, enemy of Tesla and all early 20th century geniuses.

Things heat up and get political in Nerd Music.  We interviewed white comedy rapper, MC Wreckshin on how a simple tweet from him led well-known hip hop artist, Sage Francis to declare, like Lars before him, that Nerdcore is racist.  We also talk to UK chiptunes duo, Superpowerless and Jaylyn of  Tetrastar during a recent  stopover in the US.  This was hot on the heels of the UK court ruling that caused the ROM hardware used to make chiptunes to become illegal.

It’s nuts in the gaming world right now as the pre-holiday releases have kicked into full gear. We can’t keep up with it the gaming deluge so we picked some particularly nerdy items: Fallout: New Vegas and Star Wars: The Force Unleashed 2. TFU2 gets inevitably leads into some additional pent-up Star Wars rage from the last time we touched the subject.  Along for the ride is our returning Star Wars Expanded Universe expert, Matt Spill.  Also touched on are Fable 3 and the retro-styled web game,VVVVVV. Look for more pre-holiday gaming madness in a Minisode soon!

This delicious helping of nerd culture and geekery is sandwiched by two nerdy things making waves in mainstream pop culture.  Learn our feelings on the television adaptation of Walking Dead and get first impressions of Tron: Legacy thanks to a 23 minute 3D preview.  Also a special appearance by Jamela, Minecraft, and a kerjillion other crazy things.

iTunes can’t handle our 4-part awesomeness in one dose.  Subscribers get the full-length “classic-style” podcast.  We recommend the bite-sized segments, which you can download below.  Each have their own tracklists and links sections – Handy dandy! 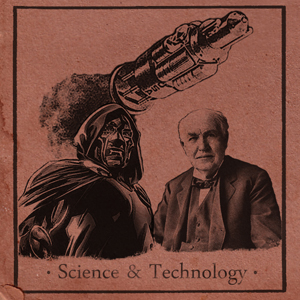