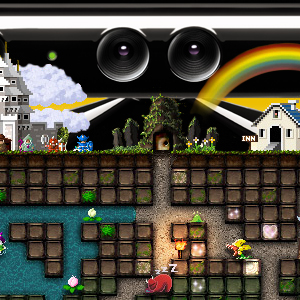 Though there’s a million kerjillion games that have come out over the last month, it’s not a game that most people are talking about, but hardware: Microsoft’s Kinect. What is it? Where does it come from? When it sleeps, does it dream?

We discuss what the Kinect mean for video games, whether or not it’s just a fancy novelty act -and Jon gives us the sci-tech breakdown of just what this hardware is capable of and what it might mean for the future.  Here’s a preview: the film Minority Report gets thrown around a lot.

Also in this episode Jonna gives us the scoop on a cool game that you may have missed: a PSP strategy dungeon game by the same people who made Disgaea – No Heroes Allowed! If you’ve got a place in your heart for future science or sprite-based monsters, check this out: