In our most recent episode, “Nerdapalooza AFTERMATH” we handed out 5 awards for stand-out awesomeness.  We were deranged and exhausted when we recorded the episode, but we’ve got some sleep in us now so it’s time to make this official!   Here’s some swanky ‘lil trophies: 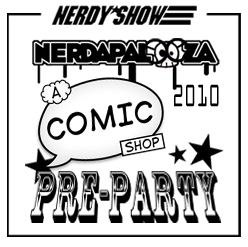 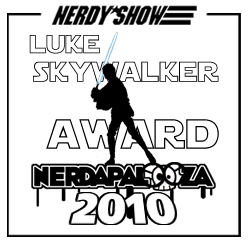 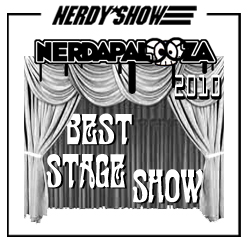 Marc With a C 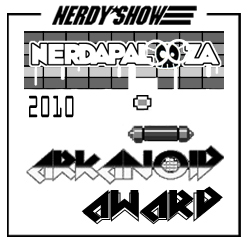 Listen to our episode to hear our Nerdapalooza 2010 experiences and the whys and wherefores of these awards. These guys earned ’em! And if you’re into Nerdapalooza and you love lists check out Wired’s Geek Dad blog’s article: “Top 10 Awesome Moments From Nerdapalooza 2010“.