I’m pleased to bring you our first contribution from Jessica Uelmen. Jessica is a legit tech nerd – She’s got a background in engineering and works for none other than microcontroller super power Parallax Inc. (not the yellow impurity).  She’s heading up one of the many projects we’ve got boiling at Nerdy Show, a little something called Geek Cr3d, more on that as the time draws near – For now journey with Jessica to the enchanted land of the “Bay Area” for an adventure through a Renaissance Faire actually befitting of Leonardo – the Maker Faire.

To the Maker Faire novice, the festival may seem little more than a glorified science fair with endless rows of projects on display. But instead of kindergarten presentations on how fast mold grows on sandwiches or the pH level common household substances, you’re treated to weird science projects from muffin cars to cities made of Lego and yes, even some hard science sprinkled in. This is not the stodgy realm of the prim and proper scientists and engineers, this is an annual playground for would-be Bill Nyes and Chris Knights to go mad with power. Though the science types draw a lot of the attention, at the “heart” of the fair is a celebration of the do-it-yourself-ers – the solderers, welders, millers, and even knitters.

I admit, I only got to see a fraction of what the festival had to offer this year. Most of my day was spent womanning the Parallax booth in the main expo hall. (I  do the web videos for assembling our way cool D.I.Y. projects and kits, perhaps you’ve seen me.) We were kept pretty busy by hoards of curious passerby’s, lured by the sheer enormity of our QuadRover (gas-hydraulic hybrid robotic development platform). Suffice it to say my hands were a bit tied, but even that did not stop the awesomeness from flowing! Many Parallax-faithful visited the booth and share the details of the projects they were working on or had completed with our products. There’s some pretty awesome stuff going on out there, including a guy who’s writing evolutionary algorithms with our Propeller microcontroller!

Easily the most awesome display of sight and sound was the musical Tesla coil show, by science band, Arc Attack. Their performance was nothing short of spectacular. But hey, who can deny the awesomeness of giant electrical arcs being harnessed by a body suit 30 feet from where you’re standing AND playing the Dr. Who theme? Of course, I may be biased, I’m a sucker for anything Who-related. But I think it’s safe to say that no matter your opinion on Time Lords you too will be hooked into this amazing amalgam of music and SCIENCE!

Arc Attack wasn’t the only cool display on the Maker music scene, just the most flashy. The guys over at openchord.org showcased an awesome Guitar Hero-style system using a real guitar, bass, or violin! By following an 8-bit display with those familiar colored squares, players can actually play those instruments. By default, the game is played by pressing each fret, but the software can also be programmed so that each color corresponds to a specific chord (check out a video for how it’s done here). 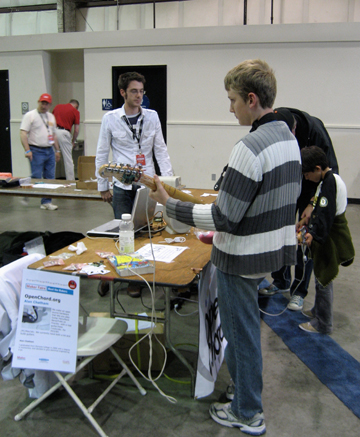 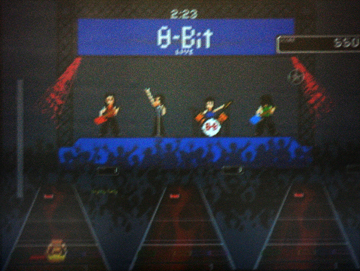 Lunchtime was a treat thanks to the delicious falafel, soft grass, gorgeous weather, and ingenious muffin cars whizzing by. Built completely from scratch, these electric vehicles from Acme Muffineering can achieve speeds up to 18mph! Each operator is encased in a giant muffin equipped with muffiny hats for maximum camouflage. 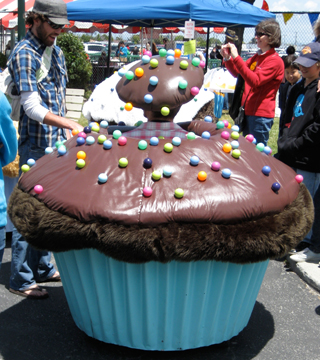 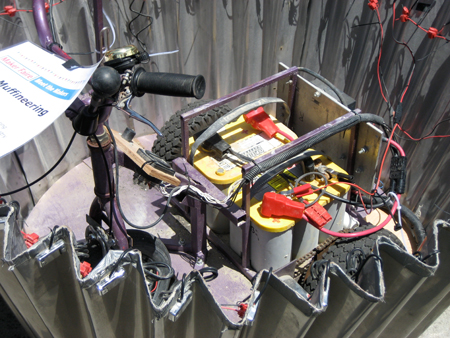 Throughout the entire show, the iFixIt.com space was always in the line of sight. iFixIt is a wonderful Wiki where people can publish step-by-step fix-its for any kind of device at home. Their mission is to promote self-repair and keep good equipment running longer in order to reduce waste. At Maker Faire they had a huge assortment of everyday household items from iPods to automobiles, and had staff on hand to take anyone who was interested step-by-step through the repair process. Yes, including the car you see here. The monitor on top gave a full readout of the data necessary to repair the car. The work these guys are doing is terrific. The skills they put at your fingers could be life-changing, not to mention money-saving. Definitely a must-investigate for geeks with an interest in elbow grease. 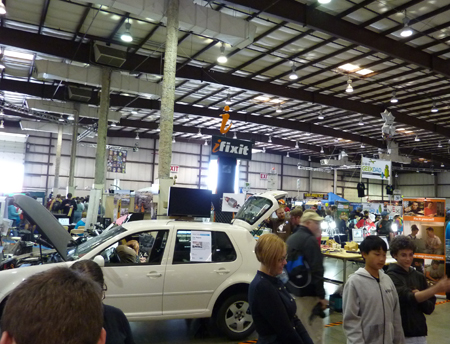 Out in the lawn behind the Expo hall, two steam-powered train sets chugged along on their circular track. In the train show, each car had a different theme from either movies, TV, books, or other pop culture. 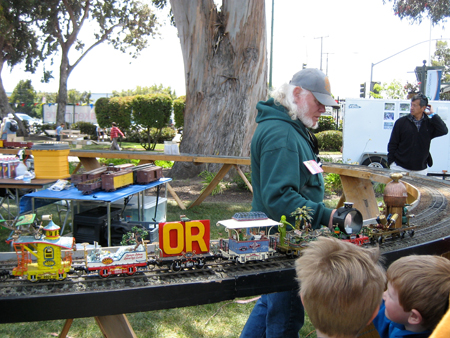 Lego-pride was also in full form with Lego Stafighters and Lego Slimer, to an entire Lego city. I’m honestly not sure what was more amazing here, the fact that people had the patience to build each piece, or that they somehow got it transported to Maker Faire without everything falling apart! 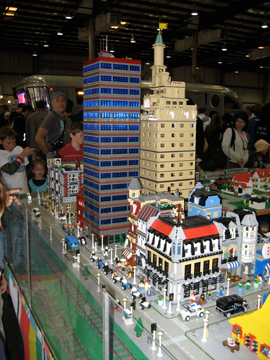 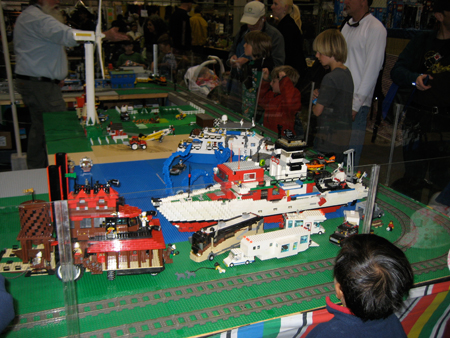 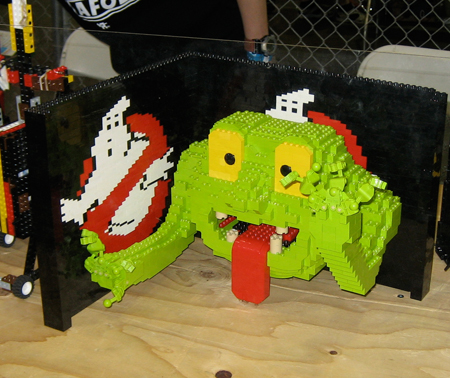 Maker Faire is a magical experience of cartoony super-science something for everyone. My time strolling the aisles of outdoor booths and super cool sci-tech projects was short this year, but trust me when I say if you haven’t yet attended, do so as soon as you can. It’s easy to let yourself get lost in the awe-inspiring whirl of enthusiastic people proudly displaying their hand-made projects & inventions. You can’t help but get excited right along with them, and once you get home you can’t fight the urge to want to dive right into a project of your own. I know I’ve got about a billion brewing in my ol’ noggin’! More on those later.

This has been Jessica Uelmen, your Nerdy girl on the West Coast. See you soon!