In an alternate reality, where the Spuds have taken over and mediocrity is the status quo, Nerdy Show takes matters into their own hands.  It should be no surprise that Triforce Mike is the first to squeeze into the spandex…  As THE COCK, a rooster-themed vigilante, Mike double-fists justice into the gaping void of the underworld.  The rest of Nerdy Show soon follow suit, if anything just to reign in Mike’s lust for… justice. 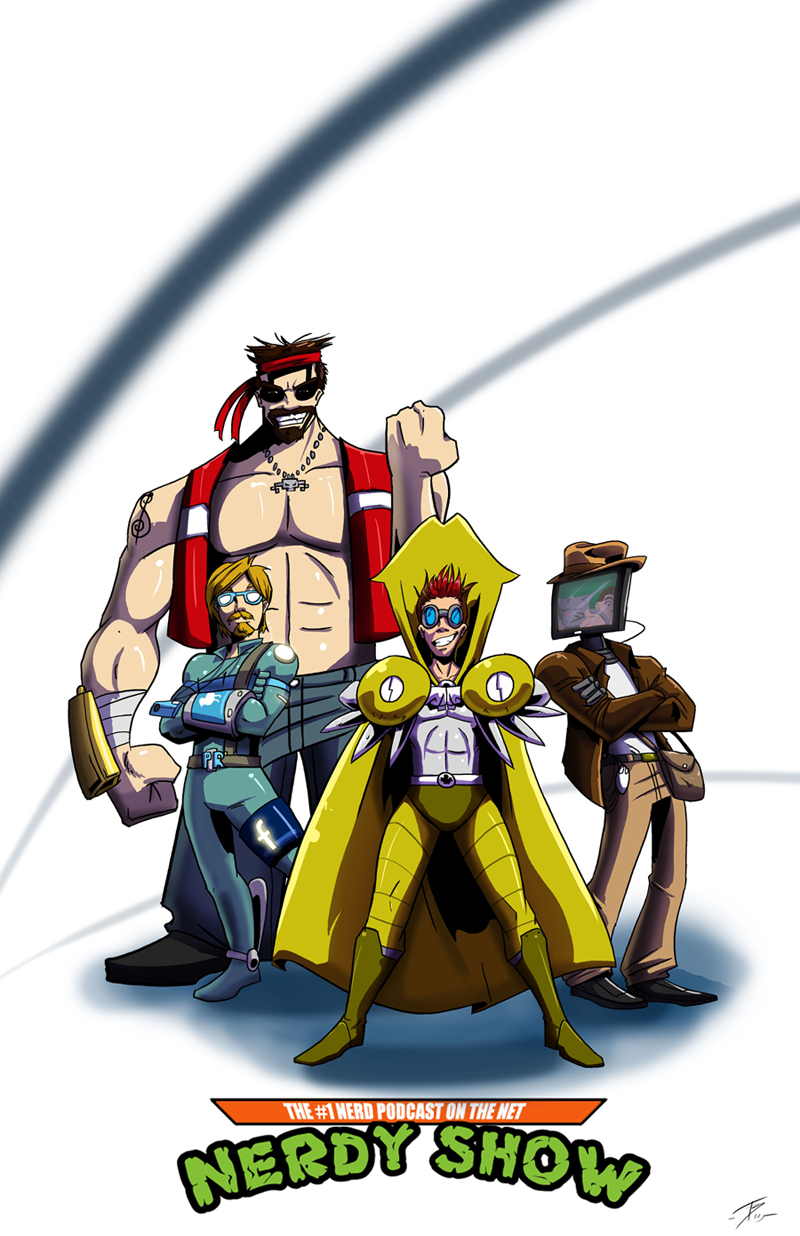 Written and drawn by Tony Baldini.

Ask THE COCK anything!