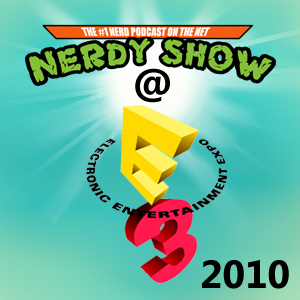 Nerdy Show is going to E3 2010!  We’re going to be vidcasting all week long from L.A. giving you daily coverage of all the cool things we saw and played and neato people we talk to – plus nerdy antics abound!  We’ve got some killer appointments with destiny lined up (listen to our last episode for one of them) and we’re excited as hell, so you should be too!

Not only are we going to E3, but we’re going to as many nerd events in L.A. as we can!  Come hang with us!  We’ll be at the VGChartz E3 2010 Party featuring The Megas and 8-bit Weapon kicking off the Expo – Monday June 14th.  And Game Music 4 All and Broken Tape Decks’ West Coast Wigout II Tuesday, June 15 – featuring The Megas, Tanuki Suit Riot, Random, and MORE! 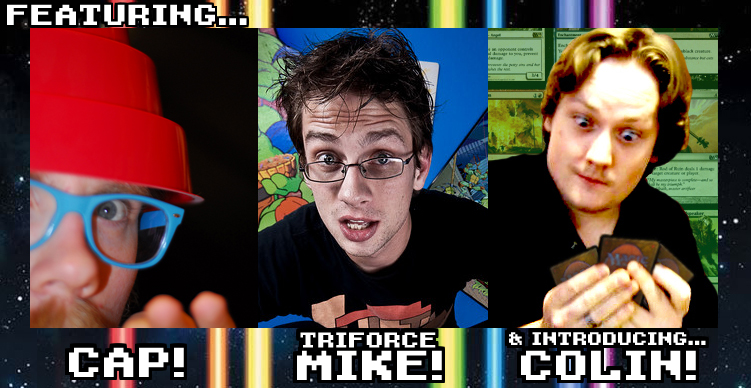 Your Nerdy Show E3 team will consist of your boys Triforce Mike and Cap, as well as our new addition to the crew, intrepid videographer Colin Peterson.  Colin’s a kick ass dude, you may have seen him a few months ago in our posting of the Dharma Fantasy Football videos.  Though he’s behind the camera, expect him to put in a word or two – ’cause he’s part of Nerdy Team Awesome Force, now!

This trip ain’t cheap, folks.  If you like what we do and want us to keep doin’ it please donate to help us off-set the costs of this adventure.  We’ve got plane costs, food costs, Mike’s alcohol addiction… every little bit helps.  Thanks in advance and feel free to send us a message when you donate!