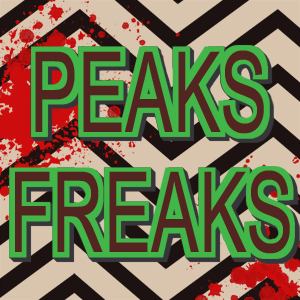 As you’ve no doubt gathered from our recent episodes, we’re in love with the X-Box game, Alan Wake and its live action prequel, Bright Falls. But alongside our excitement for this new game is our love for one of Wake‘s primary influences: David Lynch and Mark Frost’s Twin Peaks.

This year marks the 20th anniversary of the monumental television series and Nerdy Show has put together a spectacular show in its honor.  So lock the doors on your cabin in the woods, scarf down some donuts and pie, and enjoy a damn good cup of coffee (or a nice fist full of Garmonbozia as the case may be) – this episode will possess you with its awesomeness.  The Nerdy Show gang is joined by evil man and nerd rapper extraordinaire, Schäffer the Darklord – a Peaks fan so old school he’s got the original broadcasts on VHS, and Matt Haley, the comic book artist who nearly got Twin Peaks continued as a graphic novel.

In this episode Haley gives the plot lines of what would have been the Season 3 Graphic Novel and drops some major truth bombs about what you think you know about Twin Peaks.  We also share our favorite parts of the series, our own paranormal experiences, and go in-depth with what links Alan Wake and Twin Peaks as well as what makes each surreal suspense-thriller so unique and amazing.

If you haven’t watched Twin Peaks before, then you’re definitely going to want to after this episode.  Get your Netflix ready, check them out on iTunes in HD (better than the DVD quality), or see below for where you can watch the series online.  Boy, are you in for a treat.