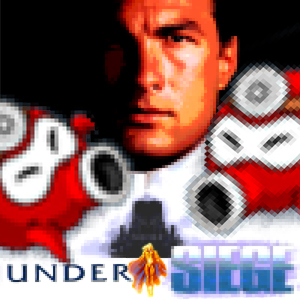 For the last month we’ve been raving about 8-bit artist and musician, Doctor Octoroc‘s NES-styled rendition of Dr. Horrible’s Sing-Along Blog.  With his massively popular project recently concluded, the good Doctor has had some spare time to breathe and decided to spend an evening with Nerdy Show.  This episode is rife (rife I say) with talk of fan-love projects from Octoroc’s latest concoctions, to a recent assortment of video game fan films – so be sure to thoroughly investigate our links section.  You always do, right?

This episode also marks the biggest comics week of 2010.  There’s a lot of awesomeness afoot,  but the biggest whammy of them all is the conclusion of Norman Osborn’s Dark Reign and the blockbuster Marvel event: Siege.  To commemorate the occasion we talk to all-star Marvel inker Mark Morales, who along with Olivier Coipel does the art for Siege and Thor and who brought us the slick inks of Secret Invasion in the not-too-distant past. Not only do we talk about that whole “tracer” stigma, but he shares with us graphic design secrets of the VHS porn industry.  Aw yeah.  We also interview musical sensation and internet darling, Amanda Palmer and her cohort Jason Webley who talk about their new musical project Evelyn Evelyn – soon to be a comic book!

And as though that  smorgasbord of info-tainment wasn’t enough we also pick apart the science of Iron Man 2 – strengths, flaws, no-prizes and all.  Stay in school.