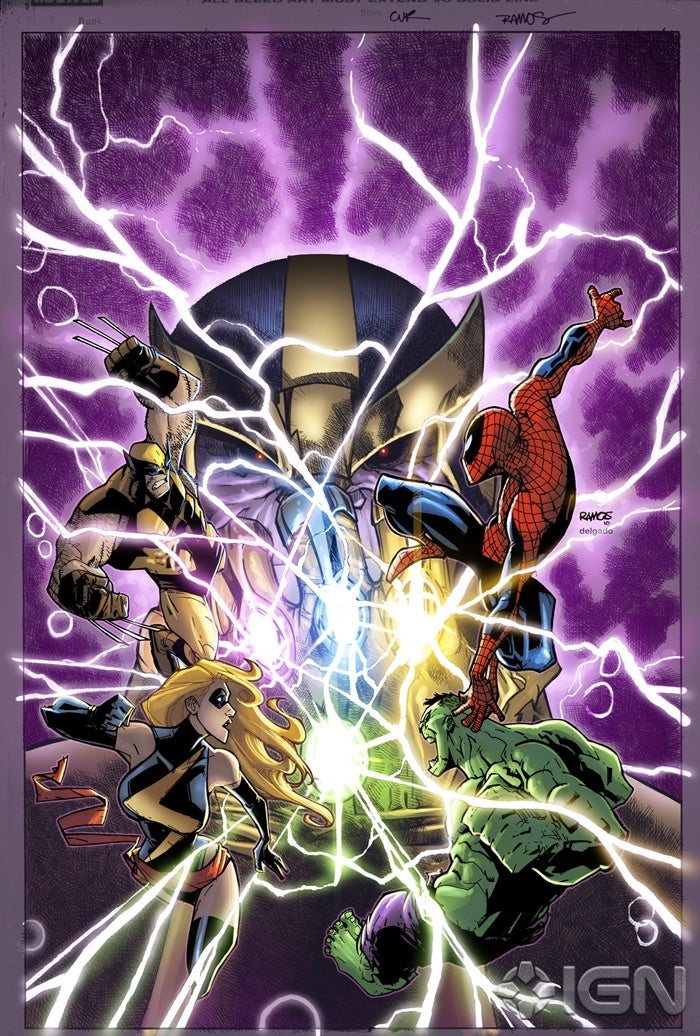 As we mentioned in our most recent episode, The Brians BRAINS of the Operation, and as you’ve no doubt been hearing murmurs of for months, Brian’s top-secret Marvel project was to be announced at the C2E2 convention.  That time has come.

Brian’s first Marvel project will be a re-telling of the Infinity Gauntlet.  The series will star a motley crew of unlikely Avengers, among them Brian’s personal favorite Marvelite – Doctor Doom and a certain e-list space trucker.  It’s going to be four parts long and will be sporting art by Brian Churilla (of The Anchor, Rex Mundi and We Kill Monsters).  Mark your damn calendars, ’cause this blockbuster ships in August.

But hey, don’t take my word for it, hear it from Brian himself on IGN:  BOOSH!